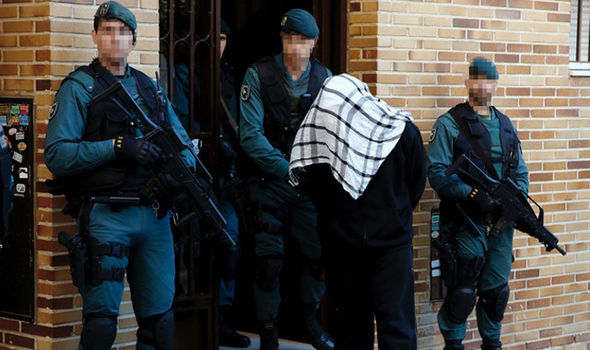 Spain: Moroccan National Arrested Near Barcelona for IS Propaganda on Social Media 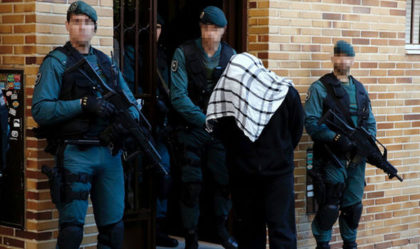 Spanish security authorities Wednesday announced the arrest in the city of Manresa, Catalonia, of a Moroccan national suspected of promoting Islamist ideology on social media, reports say.
The Spanish interior ministry did not disclose the identity of the arrestee but indicated that he was active on several social media platforms where he disseminates indoctrination messages as well as radicalization strategies of the Islamic State group.
His arrest was made possible thanks to cooperation with Morocco’s Directorate of Surveillance of the National Territory, the ministry indicated.
The man, qualified as violent and unbalanced, has over the past months multiplied contacts with a deportee from the IS battle front in Syria and Iraq, and asked for counselling on propaganda activities on social media, the ministry said.
The ongoing investigation has also helped to dismantle an active social media used for the promotion of Islamist messages.
Two other Moroccan brothers were arrested in July in the city of Girona, in Catalonia. The men aged respectively 32 and 22 were charged for belonging to IS.
Spanish authorities hold them for channeling funds to the terrorist group while using fake identities, reports say.

North Africa Post's news desk is composed of journalists and editors, who are constantly working to provide new and accurate stories to NAP readers.
NEWER POST“Morocco’s Return to AU in Good Progress,” Speaker of Pan-African Parliament
OLDER POSTLibya: NOC to Start Oil Exports amid Warning of sanctions by Western Powers