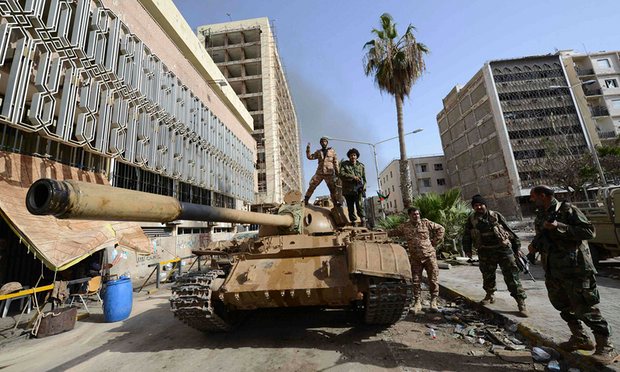 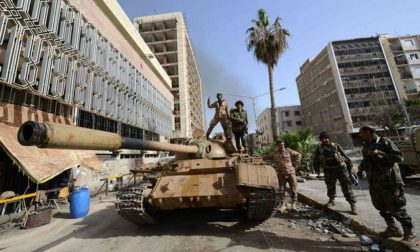 A House of Commons committee has put the blame of Britain’s failed intervention in Libya on former Premier David Cameron and accused him of leading the UK in the war on false intelligence and of failing to help in the reconstruction of the North African country following ouster of former Libyan ruler Muammar Gaddafi.

France, UK, and the US in 2011 led an international intervention in Libya against Muammar Gaddafi’s forces. The western powers supported the revolution, which ousted the Libyan autocratic leader. Since then the country has been crawling in economic and security disaster.

In a very critical report of David Cameron, the MPs insisted that the then Prime Minister had acted on the erroneous intelligence, which had over-blown Gaddafi’s threats to civilians in Benghazi.

“Through his decision-making in the national security council, former Prime Minister David Cameron was ultimately responsible for the failure to develop a coherent Libya strategy,” says the report, released few days after Cameron stepped down as an MP.

“We have seen no evidence that the UK government carried out a proper analysis of the nature of the rebellion in Libya,” the report states, deploring the Government’s “insufficient institutional insight” and its failure to identify the militant Islamist extremist element in the rebellion.

For the committee, the intervention failed to achieve its prime goal, namely the protection of civilians, and ended into regime change with no plans for post-Gaddafi era.

The report also insists on the failure to realize that the revolutionists were infiltrated by Islamists who fought in Iraq and in Afghanistan and expresses reserves over the UN ability to restore Libya’s stability as the UN-backed Government of National Accord still struggles to impose itself.

The report, widely relayed by local media, urges the Foreign Office to lead an international review into whether the United Nations is the appropriate body to coordinate stabilisation and reconstruction in a post-conflict environment and whether it has the appropriate resources, and if not to identify alternatives that could be more effective.

For the committee such a review is a practical and urgent requirement, because the UN might be asked to coordinate a similar mission in Syria, Yemen or Iraq in the near future.