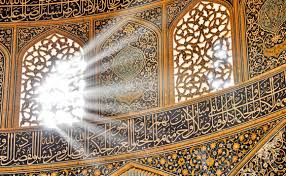 Moroccan Mosques To Be Fitted With Energy Saving Systems

The move dubbed “Green Mosques” is part of the North African strategy to encourage renewable energies. Six hundred “green mosques” are to be created in the country by March 2019 in a national consciousness-raising initiative that aims to speed the country’s journey to clean energy.

Morocco’s ministry of Islamic affairs supports this innovative project, by covering up to 70 % of the initial investment costs in a partnership with the German government.

The new green mosques project will use established technologies that can be adapted to public buildings and residential homes. By training electricians, technicians and auditors, the project will also enable Morocco to follow suit of the Germans in their successful transition towards clean energy.

Under the project’s business model, contractors will eventually be paid by the energy savings generated from the clean power systems they install. The project will also help Moroccan mosques to cut by 40 pc their electricity consumption and power bills.

The first 100 mosques to get benefit from this green drive are mostly based in big cities such as Rabat, Fez, Marrakech and Casablanca before expanding to smaller villages and towns.

The ultimate goal of the initiative is to boost renovations industry for sustainable companies that could employ many Moroccans in the clean energy sector.

The commitment made by the Moroccan government to reduce GHG emissions rests to a large extent on the country’s ambitious national energy strategy which seeks to reach over 50 pc of installed electricity production capacity from renewable sources by 2025 and cut energy consumption by 15 pc by 2030.