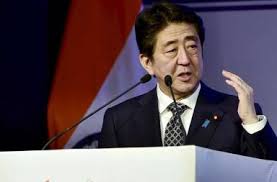 Morocco’s geographic location, political stability and promising macroeconomic indicators, coupled with its longstanding ties with African countries and increasing investments in the continent make it an attractive partner for countries willing to invest in Africa, such as Japan, which has just convened a summit with African leaders pledging largescale investments in infrastructure.

Japan sees in Morocco a partner that can facilitate its investments in Africa. In this respect, Tokyo is willing to build on Morocco’s expertise and know-how in doing business in the continent, notably in western African countries where Morocco has been engaged in win-win partnerships with African peers in fields ranging from industry, telecommunications, Phosphates and finance to infrastructure, training and education.

In this regards, Japan is looking forward to build on the network of Morocco’s banks in Africa where they have been funding multiple infrastructure projects. To that end, an agreement was signed between the Japan Bank for International Cooperation and Morocco’s Attijariwafa Bank to facilitate Japanese investments in the continent and boost trade.

During the Japan-Africa economic summit (TICAD V), held in Nairobi August 27-28, Japan’s Prime Minister Shinzo Abe announced that his country would invest $30 billion in support of Africa’s economic growth and infrastructure over the next three years.

The goal of the conference, organized jointly by the United Nations, the African Union, the World Bank and Japan, is to boost trade and aid to Africa, with Japan hoping to increase its influence in the continent.