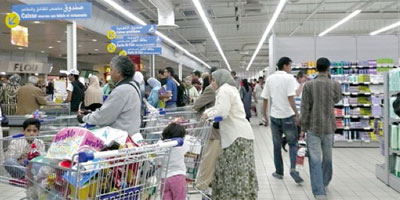 The Payroll in the public sector absorbs 49% of state revenues, a percentage that shows the burden placed on the state budget because of an inefficient employment policy, says a study conducted by L’Economiste daily newspaper.

The public sector’s payroll is in dire need of restructuring to mitigate its impact on the state budget after it accounted for 49% of state revenues last July, the study says.

The study notes that the origin of overemployment in the public sector is not only ascribed to the policies of the current government. It rather dates back to the government led by Abbas EL Fassi who promised to hire 11,000 unemployed degree holders, out of whom 9000 have already been appointed in different public administrations. This further worsened the payroll burden on the state budget.

Today, more than 580,000 people are on the government payroll receiving 61 billion dirhams in six months.

The study estimates that the average salary of state employees is 3.5 times more than the GDP per capita, adding that the salaries have increased by 1.5% last year.

A comparison at the regional level shows that the average salary in the public administration represents generally less than 2.5 times the GDP per capita. At the international level, the ratio is 1.5 times.

The study concludes with a recommendation on the need to press ahead with reforms to increase employees’ efficiency and decrease the toll taken by the payroll on the state budget.