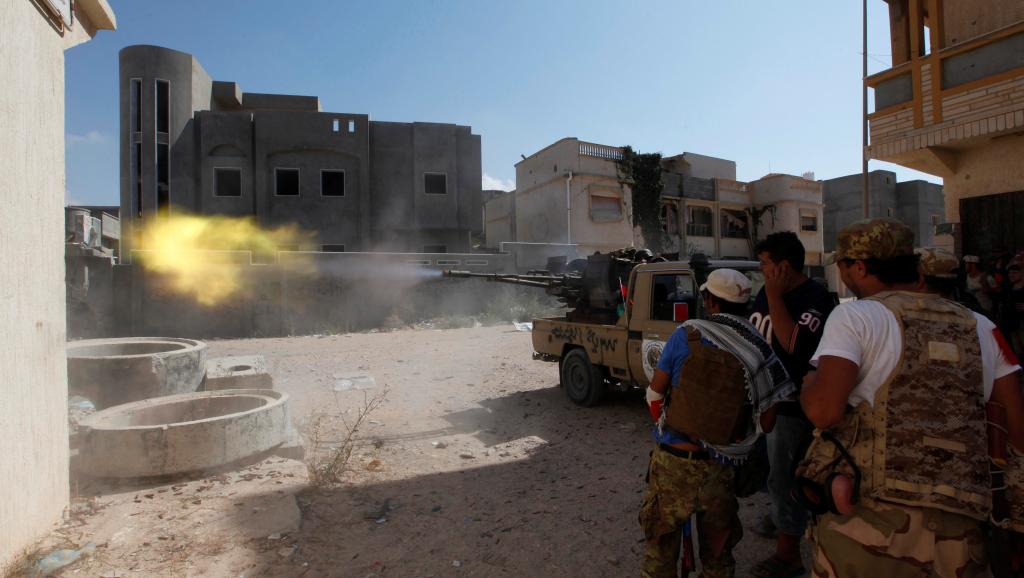 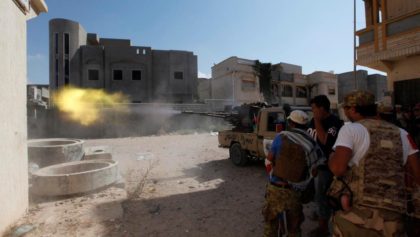 Misrata’s Bunyan Marous forces fighting under the Trpoli-based Government of National Accord (GNA) lost dozens of elements Sunday as they staged final assault on the Islamic State group still holding pockets of Sirte.

The final assault on IS started Saturday after two-day lull as GNA forces instructed families of IS militants still stranded in the city to leave.

Some 1,000 fighters have been mobilized in the final stage of the fight to free Muammar Gaddafi’s hometown, which fell into the hands of the terrorist group last year.

IS on Sunday targeted GNA forces with car-bombing attacks but regular forces said they had been able to destroy a car-laden with explosives before it approached their forces.

The Sirte takeover operation has started since May. GNA forces, thanks the U.S entry into the campaign on August 1st, made giant strides into the city after controlling most parts of the city including central district of Neighborhood 1.

US Africa Command has launched more than 70 airstrikes on IS positions to enabling GNA forces take control of IS strategic points, including the group’s command center located in the splendid Ouagadougou convention center.

GNA leader Faiez Serraj last week in a visit to US-Africa Command in Stuttgart called on the US to provide more military assistance to Libyan forces beyond the cooperation in the fight against the IS group in the city of Sirte. His request received positive reply as the Head of the Command Center reaffirmed the US determination to help Libya take control of its territory.