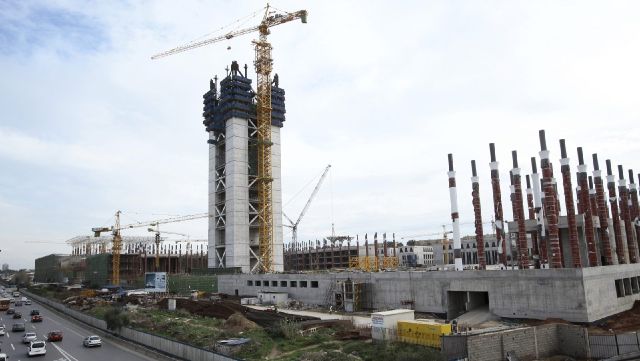 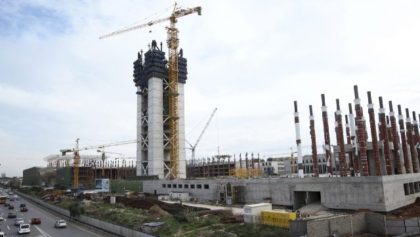 The plummeting oil prices propelled Algeria in an economic crisis marked by a sharp decrease in exports and a deepening budget deficit threatening to halt several mega projects in the country, chief among which is Algeria’s mega mosque.

In 2011, when global oil prices were at their peak, works started to build the mosque overlooking the bay of Algiers and featuring a 265m-high minaret, the world’s highest. The mosque spans over a surface area of 22 hectares, including a prayer hall that can accommodate up to 120,000 worshipers, a one-million book library, a Koranic school and a museum of Islamic art and history.

The mammoth project, with a price tag of 1.5 billion dollars, was planned to be delivered in 2017. Yet, since 2014, Algeria’s economy was dealt a severe blow as a result of the decrease in oil prices leaving several infrastructure projects behind schedule. The mosque was not an exception as it seems that prospects of its completion by mid-2017 are “unrealistic”. The German manufacturing firm working on the project said that the mosque will be ready in 2020 in the best case scenario.

The mosque, funded by oil wealth and built by foreign expertise, is intended to be an emblem of Islam in Algeria and a tribute to the martyrs of the Algerian revolution. It is also meant by President Bouteflika as an architectural masterpiece to mark his legacy. However, the ailing health of the president is akin to the difficult situation of the Algerian economy which remains vulnerable to oil price volatility.

Hydrocarbons make up 95% of Algeria’s exports and 60% of state revenues. The fall in oil prices last year propelled a 41% decline in Algeria’s energy earnings. The slump in international oil prices bodes ill for Algeria which has a heavily subsidized economy with low diversification.

Some critics see the project in the context of the Moroccan Algerian rivalry, saying that Algeria’s great mosque is a mere attempt to trump Morocco’s Hassan II mosque which has been Africa’s largest with the longest minaret since 1994.

Besides financial challenges, a set of technical issues are casting doubt on the resilience of the Algerian mosque’s minaret to earthquakes. These concerns are fed by Algeria’s location sitting astride two major plates regularly hit by earthquakes, especially along the Mediterranean coast.