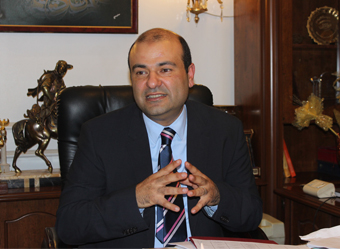 Egypt: Minister of Supply Steps Down amid Wheat Corruption Scandal

Egypt’s Minister of Supply in charge of the governmental food subsidy program has resigned amid growing public outrage over a wheat corruption scandal, triggered by false wheat procurement figures.

Khaled Hanafi could not withstand public discontent over state funds embezzlement cases reported in his department.

“Experience has proven that being in a position of authority is no longer a picnic,” Hanafi said as he announced his resignation on state television.

His department has been finger-pointed for alleged corruption related to disappearance of government’s subsidies for wheat farmers.

Farmers have reportedly falsified receipts to receive money from the government.

Parliamentarians who formed a fact-finding commission to investigate the fraud have said up to 2 million tons, or 40 percent of the locally produced crop, may be missing, Reuters reports.

Arrest warrants, travel bans and asset freezes for several private silo owners and others allegedly involved in the scandal, have been issued, the media further reports.

Hanafi himself has not been targeted by the parliament probe, but he has been under fire for failing to monitor his collaborators who have been accused in the scandal.

“Hanafi started very strong but unfortunately he trusted the wrong people who ran the ministry for their own benefit which led to huge loss of the subsidy,” said Waleed Diab, Managing Director of Egyptian Millers Company, one of the country’s largest private mills.

Hanafi became member of President al-Sisi’s cabinet in 2014. He is the highest cabinet member to step down as a result of Parliament probe into state malpractices.