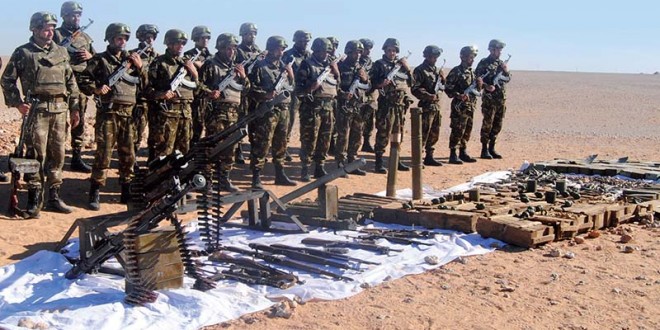 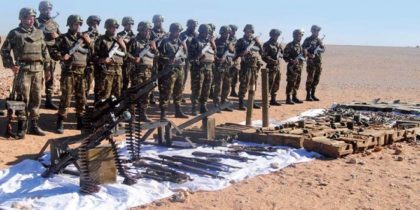 Following the operation launched by Moroccan authorities to clear the border area with Mauritania of all trafficking and illegal commercial activities, the Royal Armed Forces strengthened their level of vigilance in the southern provinces in light of intelligence reports warning of a potential attempt by the Polisario to smuggle an arms cargo into the Kingdom.

The operation to counter all trafficking and criminal networks also aimed at averting any attempt at smuggling weapons, after intelligence reports pointed out to Polisario’s involvement in sending arms to the southern provinces where it intends to remote control attacks undermining the kingdom’s security, said Moroccan daily Assabah.

The paper added that the intelligence reports urged equipping the military units in charge of surveillance along the security wall by advanced reconnaissance capabilities and defense equipment against potential chemical and biological attacks that may be perpetrated by trafficking networks whose possession of nonconventional weapons is becoming a certainty.

In light of the eminent danger posed to regional security by trafficking networks, Moroccan security services are cooperating closely with Mauritanian peers in order to clear the areas long considered by traffickers as a no man’s land. In this respect building and securing a road linking the border post of Guergarat to Mauritania will bar the road to the Polisario militias from taking advantage of an area that has the status of a buffer zone under the UN-brokered 1991 cease-fire agreement.

The Polisario tried in vain to portray Morocco’s clampdown on illegal activities and criminal networks as a breach of the ceasefire agreement alleging that the Kingdom mobilized troops beyond the berm. These allegations were categorically refuted by the UN, which confirmed that the operation is not military in character and that the UN mission to the Sahara is closely following the operation without noting any breach of the cease-fire.

To many observers, Polisario is one of the biggest losers of any operation aiming to curb trafficking in North Africa. The Algerian-backed separatist militia is engaged in all sorts of trafficking including the embezzlement of humanitarian aid. A 2007 reports by the EU anti-fraud office condemned Polisario’s trafficking in connivance with Algerian authorities.