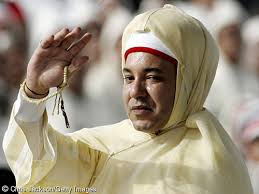 Several foreign officials and media outlets have highlighted the importance and timeliness of the speech delivered by Morocco’s king Mohammed VI on the 63rd anniversary of the Revolution of the King and the People, wherein he called on monotheists to pool efforts to fight the scourge of terrorism, which is sparing no community and no country.

In this vein, France Monday hailed the royal speech, which renewed Morocco’s commitment to fight terrorism and fanaticism and which called for unity to win over extremism, as a message of peace and tolerance. The European country, one of Morocco’s staunch allies, reiterated its resolve to work with the Kingdom to fight radicalization and terrorism.
France “hails Morocco’s strong commitment against fanaticism in all its forms and reiterates its commitment to work together within the framework of the special partnership binding the two countries, to prevent and fight radicalization and terrorism,” Spokesman for the French Foreign Ministry, Romain Nadal, said Monday at a press briefing.

The spokesman said, in his speech, the King of Morocco has sent “a message of peace and tolerance” and condemned the murder of Father Jacques Hamel on July 26.

In his speech, the Sovereign has strongly condemned the killing of the French priest and of innocent people.

“I strongly condemn the killing of innocent people. Killing a priest is forbidden by religion; murdering him inside a church is unforgivable madness, for he is a human being and a religious man – even if he is not a Muslim. Islam commands us to take good care of the people of the Book,” the sovereign said in his speech, adding, “Those who engage in terrorism, in the name of Islam, are not Muslims. Their only link to Islam is the pretexts they use to justify their crimes and their folly. They have strayed from the right path, and their fate is to dwell forever in hell.”

French President François Hollande on his part said he has been “deeply moved by the solidarity” expressed by the King following the Nice bombings and the assassination of the priest of Saint-Etienne-du-Rouvray.

This came in a message of congratulations he sent to King Mohammed VI on the occasion of the celebration by Morocco of the historical Revolution of the King and the people.

President Hollande added that “to deal with the terrorist threat, which can strike at any time,” his country knows that it “can rely on the close and unfailing cooperation of Morocco, which is so resolutely committed to the fight against radicalization.”

In his Saturday speech, the King also called on Muslims, Christians and Jews to close ranks in order to tackle all forms of extremism

“As ignorance spreads in the name of religion, Muslims, Christians and Jews have to close ranks in order to tackle all forms of extremism, hatred and reclusiveness,” he said, adding, “it is impossible to achieve progress in a society which is plagued by radicalism and hatred, for the latter are the main ingredients of insecurity and instability.”
Among other foreign media outlets, the BBC underlined the significance of the royal speech and the sovereign’s calls on Moroccan expatriates to defend a tolerant form of Islam, to reject extremism and to be staunch advocates of peace, concord and co-existence in their country of residence.
The BBC also noted that the King condemned those who engaged in terrorism in the name of Islam, when he said, “Those who engage in terrorism, in the name of Islam, are not Muslims. Their only link to Islam is the pretexts they use to justify their crimes and their folly.”