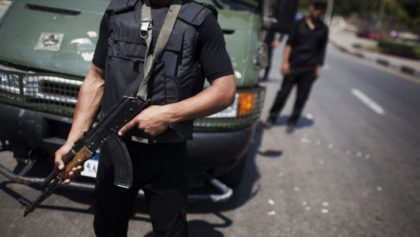 Gunmen Sunday killed an informant and two soldiers in the province of Menoufia, north of capital Cairo, in an attack at a security check-point, reports say.

Security authorities are combing the area -80 km north of the capital, in search of the attackers, who managed to flee, Reuters reports.

Egyptian security forces have been facing insurgency from Islamists in the Sinai province since 2013, year President Fattah al-Sisi toppled Islamist and first democratically elected President Mohamed Morsi. Though most of militants’ attacks occurred in the Sinai Province, they have also spilled into capital Cairo.

No one claimed responsibility for the Sunday attack, but the fingers are directly pointed at the IS group in Sinai. The group came under the spotlight in October after it brought down a Russian passenger jet in the Sinai, killing all the 224 people on board.