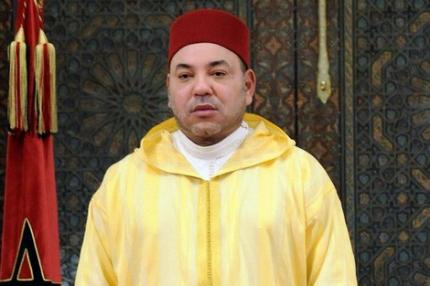 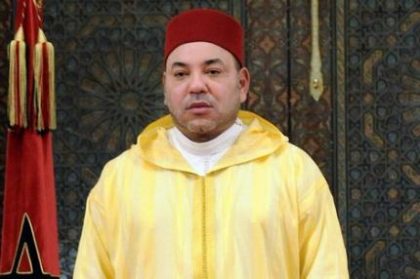 King Mohammed VI of Morocco has expressed hope that the commitment and sincere solidarity which have always bound the Algerian and Moroccan peoples would be rekindled to take up the challenges facing the Maghreb and Africa.

“We hope that the commitment and sincere solidarity which have always bound the Algerian and Moroccan peoples will be rekindled so that we may continue to work together, honestly and in good faith, to serve Arab and Maghreb causes and rise to challenges in Africa,” King Mohammed VI said in a speech he delivered Saturday on the occasion of the 63rd anniversary of the Revolution of the King and the People.
The Revolution of the King and the People in 1953 that followed the exile of the Royal family constituted a milestone in the fight against French colonization as it speeded up the independence of the North African country.

In his speech, the Sovereign underscored the significance of this event which translates the Moroccans’ attachment to their King and the sacrifices they made for the freedom and independence of their homeland.

“The celebration of this event is also associated with Morocco being part of the Maghreb and of Africa,” he said, recalling that
“that historical era was characterized by coordination and solidarity between the leaders of the Moroccan resistance movement and the Algerian Liberation Front.”

He also recalled that the commemoration of the second anniversary of the Revolution of 20 August was seized as “an opportunity to extend the revolution to Maghreb countries.”

“As a result, popular uprisings took place across Morocco and Algeria,” he said, pointing out that “the Moroccan resistance movement provided moral and material support to the Algerian revolution which, at the time, was facing a fierce campaign by colonial forces seeking to quash it before it celebrated its first anniversary.”

After he recalled that Morocco’s solidarity “breathed new life” into the Algerian revolution, and that the two countries also played a major role in the liberation and independence of Africa, King Mohammed VI insisted that “given the current circumstances facing Arab peoples and the Maghreb region, we are in great need of that spirit of solidarity to enable us to rise to common development and security challenges.”