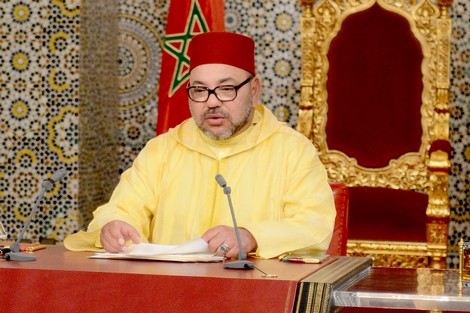 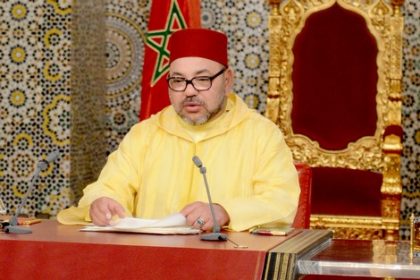 King Mohammed VI delivered, Saturday, a speech on the occasion of the 63rd anniversary of the Revolution of the King and the People in which he stressed Africa’s central place in Morocco’s foreign policy along with the Kingdom’s solidarity with sub-Saharan migrants and its condemnation of extremism and terrorism.

“Africa has been given top priority in Morocco’s foreign policy,” underscored the Monarch, highlighting that Morocco adopts a win-win approach underpinned by solidarity in its relations with Africa.

The Sovereign, who ascribed Africa’s social and economic problems to colonialism, made it clear that Morocco’s is set to take its natural place within Africa’s institutional family.

“For Morocco, Africa means more than just being part of a geographical area, or having historical bonds with the continent. Africa also means sincere affection, appreciation, close human and spiritual relations as well as tangible solidarity. Furthermore, Africa is the natural extension of Morocco and the embodiment of the country’s strategic depth,” the King said on the occasion of the Revolution of the King and the People that is celebrated on the eve of Youth Day, which corresponds this year to the Sovereign’s 53rd birthday.

He shed light on the Kingdom’s “multi-dimensional relationship” with Africa, saying that “Morocco contributes, along with other African countries, to the implementation of human development projects and the provision of social services which have a direct bearing on the lives of people in the region.”

The Monarch went on to give examples of Morocco’s mutually beneficial projects in Africa such as the setting up of pharmaceutical companies and healthcare centres in addition to contributing to the implementation of human development projects and providing social services.

“For us, Africa is not about goals and objectives; dealing with Africa involves a commitment towards the African citizen, wherever he or she may be,” the monarch made it clear.

“Morocco was one of the first countries of the South to adopt a genuine solidarity-based policy regarding sub-Saharan migrants,” the King said, adding that this policy is designed to safeguard migrants’ rights.

In this regards, he noted that Morocco regularized the situation of migrants using fair and reasonable standards and provided the conditions needed for migrants to reside, work and lead a dignified life within the Moroccan community.

Rooted in humanitarianism and Morocco’s genuine values of generosity, this policy has earned Morocco the honor of co-chairing, alongside Germany, the Global Forum on Migration and Development for 2017-2018, said the king, while acknowledging that there are still challenges to address and that difficulties facing sub-Saharan migrants in Morocco have “nothing to do with the color of their skin, their nationality or their status.”

In this connection, King Mohammed VI called for a paradigm change in how migration is dealt with in the Mediterranean where, he said, “there has been no real policy to integrate migrants.”

King Mohammed VI went on to analyse the dilemma facing the Moroccan community abroad who are targeted by terrorism and xenophobia. He called on the Moroccan expatriates to “maintain their good reputation, to show forbearance in these trying circumstances, to close ranks and to be, as always, staunch advocates of peace, concord and co-existence in their country of residence.”

In this respect, the Monarch condemned terrorism and extremism in the strongest terms, citing verses from the Quran which clearly advocate lofty universal values.

“Those who engage in terrorism, in the name of Islam, are not Muslims. Their only link to Islam is the pretexts they use to justify their crimes and their folly. They have strayed from the right path, and their fate is to dwell forever in hell,” the King said.

He also stressed the need for interfaith solidarity to counter the spread of ignorance in the name of religion. “Muslims, Christians and Jews have to close ranks in order to tackle all forms of extremism, hatred and reclusiveness,” he said.

A call for Maghreb Unity

The anniversary of the Revolution of the King and the people in Morocco is also an occasion to recall the solidarity that brought the Moroccan and the Algerian peoples together against colonialism and tyranny, said the King.

“We are in great need of that spirit of solidarity to enable us to rise to common development and security challenges,” the Monarch added.

In this respect, King Mohammed VI voiced hope that the commitment and sincere solidarity between the Algerian and Moroccan peoples will be “rekindled” so as to rise up together “honestly and in good faith, to serve Arab and Maghreb causes and rise to challenges in Africa.”