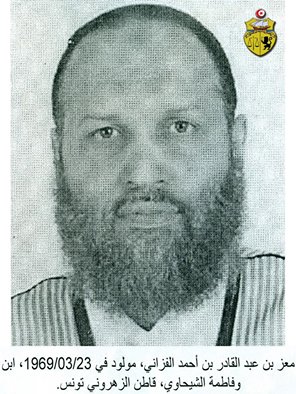 Tunisia: Top IS Commander Wanted by Authorities Arrested in Libya

A Tunisian, considered to be the top Islamic State group commander operating from Libya, has been arrested west of Libya by forces loyal to General Khalifa Haftar as he tried to flee Sirte that was falling in the hands of pro-Libya unity government forces, reports say.

Moez Ben Abdelkader Fezzani, aka Abu Nassim, was arrested several days ago between the Libyan towns of Rigdaleen and Al-Jmail as he was attempting to flee Sirte to his home country Tunisia, Libya Herald reports

Fezzani, 47, was reportedly arrested along with several others by Zintan militia forces loyal to Libyan National Army General Khalifa Haftar, during a patrol.

Fezzani, a reportedly IS top commander in Libya, was appointed as commander of IS camp in the western Libyan town of Sabratha.

The IS commander is wanted by Tunisian authorities who accuse him of facilitating the March 2015 attack at Bardo Museum in Tunis which killed 21 people most of whom were foreign tourists.

He was member of Tunisia’s Ansar Al-Sharia.

He fled Tunisia after being deported in 2012 by Italian authorities. A recent cache of documents discovered by pro-GNA forces in Sirte revealed that an IS cell hiding in Milan and supported by Fezzani was planning terror attacks in the Italian city.

Tunisian authorities have not made any comment about his arrest yet.