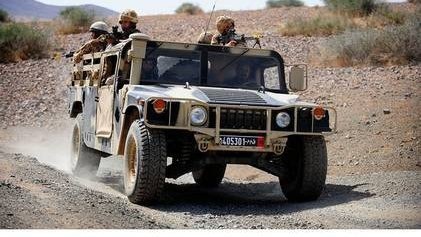 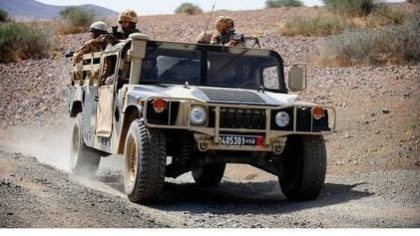 Morocco mobilizes its security forces along with customs services in a clampdown on smugglers in the southernmost tip of the country on the borders with Mauritania.

A statement issued by Dakhla regional authorities said that the operation started on August 14 in Guerarat on the borders with Mauritania with the aim of clearing the region from smugglers and illegal commercial activities.

So far, the operation resulted in the dismantlement of three meeting points where used cars and tracks are illegally sold.

The Moroccan operation in which the Royal Armed Forces took part raised concerns within the Algerian-backed Polisario Front, which sent a desperate letter to UN Secretary General voicing fears of an alleged Moroccan attack beyond the sand wall, built by Morocco’s armed forces to thwart the strike and hide attacks by the Algerian based separatists in the 1990s.

Morocco’s crackdown on smugglers in its southern provinces also comes at a context marked by a silently brewing tension between Rabat and Nouakchott on the backdrop of a series of crises.

The last of such crises is the non-renewal by Mauritania of the working permit for a number of Moroccan employees in several Mauritania-based companies as part of a measure taken by Nouakchott to curb foreign staff.

Morocco also sees with a suspicious eye Mauritania’s slow side-lining on Algerian position regarding the Sahara issue, as Nouakchott continues to warm up ties with the Polisario leaders. On the other hand, Mauritania fears Morocco’s growing influence in West Africa and its economic breakthrough in countries such as Senegal, Mali, Guinea and Côte d’Ivoire.

North Africa Post's news desk is composed of journalists and editors, who are constantly working to provide new and accurate stories to NAP readers.
NEWER POSTTunisia: Top IS Commander Wanted by Authorities Arrested in Libya
OLDER POSTTunisia-Algeria: Tension at Border over New Tax