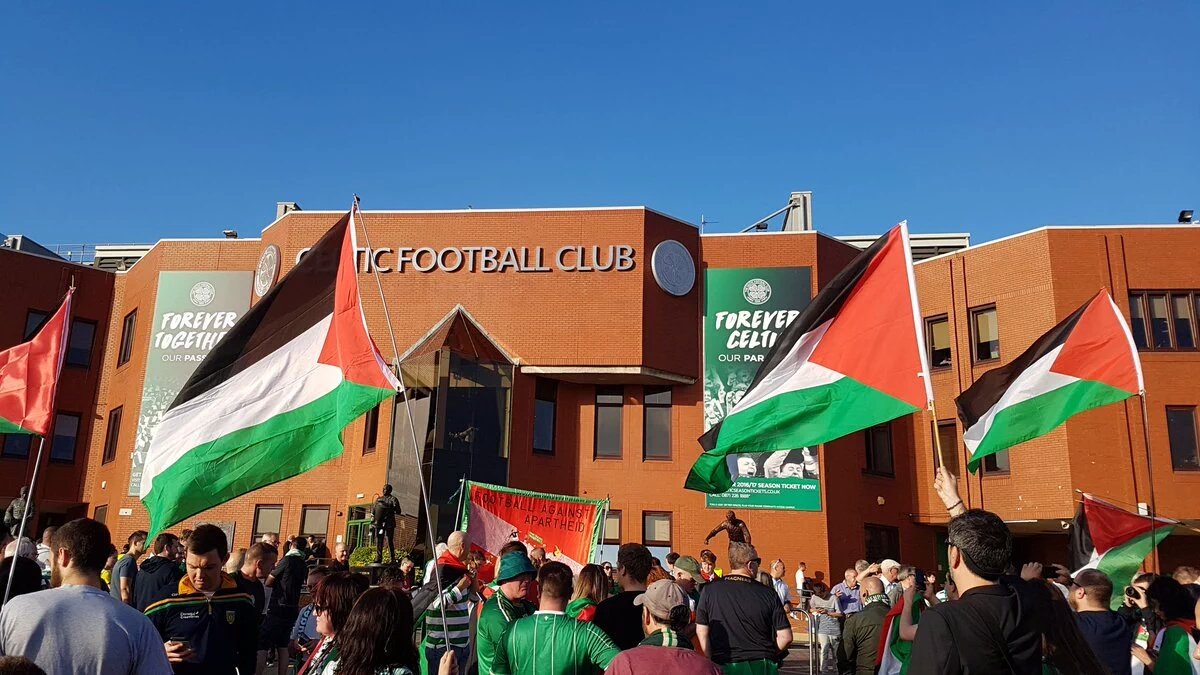 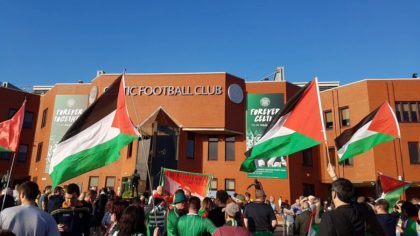 The action was reportedly organized on facebook by a group of fans championing the Palestinian cause calling itself “Celtic fans for Palestine.”

“We will be distributing Palestine flags to those who will fly them. We will not be pushing them on those who do not want to participate, we respect your choice as fans to simply watch the game and support our team,” the group said on facebook.

“In support of the Palestinians we Celtic fans invoke our democratic rights to display our opposition to Israeli Apartheid, settler – colonialism and countless massacres of the Palestinian people,” they added.

Scottish police threatened to arrest fans who would wave the Palestinian flags in expression of their political sentiment, The New Arab reports.

The Scottish team, whose fans are not at their pro-Palestinian action, is yet to face sanctions by the continental football association.

In 2014, UEFA fined the club after fans waved Palestinian flags during a match against Iceland’s KR Reykjavik, The New Arab says.

Wednesday action was greeted by pro-Palestinian movements and figures who hailed the braveness of the Scottish football fans. Celtic Glasgow overwhelmed their visiting rival 5-2.