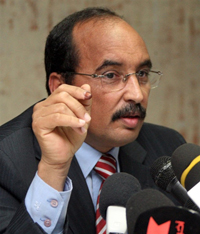 The operation led by Moroccan security services in the southernmost tip of the Kingdom is a police operation conducted in coordination with the UN and Mauritania to curb smuggling and cross-border illegal commercial activities.

Expert in regional issues Abderrahmane Mekkaoui told Le360.ma website that the polisario’s allegations of Morocco mobilizing its army to violate the UN-brokered cease-fire agreement is unfounded since the Kingdom informed the UN about the operation.

“This is a police and customs operations,” said the expert, noting that the claims propagated by the Polisario and its paymaster Algeria were met with utter indifference by the international community.

This combing operation aims at cracking down on all sorts of traffickers and curbing illegal trade activities, notably car and track thefts as well as official documents forging, he added.

The region of Guergarat close to the Mauritanian borders was turned by smugglers from across western Africa into a “no man’s land” where different kinds of illicit activities grew to threaten the security of both Morocco and Mauritania, the expert noted.

A statement issued by Dakhla regional authorities said that the operation started on August 14 in Guergarat on the borders with Mauritania with the aim of clearing the region from smugglers and illegal commercial activities.

Morocco acted in coordination with the UN mission to the Sahara, the MINURSO, the expert said, adding that the latter followed the operation through the use of a drone.

This operation lays bare Polisario’s efforts to propagate unfounded claims in a desperate attempt to portray Morocco as a violator of the 1990s cease-fire agreement.

By claiming that Morocco deploys its military beyond the sand wall (the berm,) the Polisario seeks in vain to label the buffer zone as a “liberated area”.