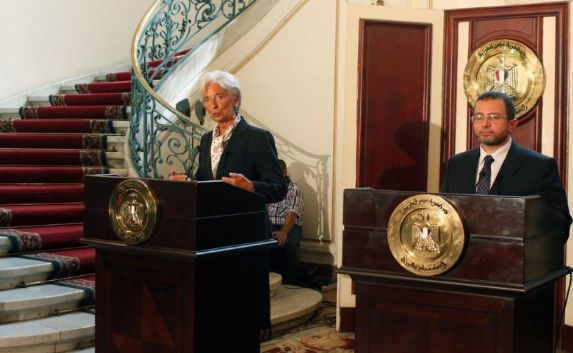 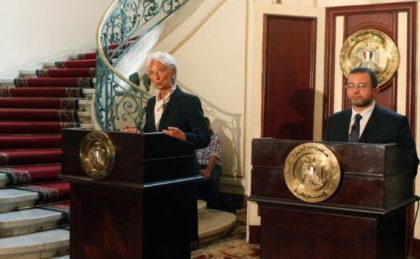 The International Monetary Fund (IMF) recently reached an initial agreement to lend $12 billion to Egypt to bolster an economy battered by years of unrest, a move that was denounced by some activists who see the loan terms will further cripple the Egyptian economy.

A letter by a number of political groups and figures was sent to Egypt’s President Abdel-Fattah al-Sisi Sunday rejecting the IMF loan and expressing concern over the entailed “severe financial and economic measures,” the Ahram Online reported.

The letter was signed by five parties, including Al-Karama Party and the Popular Current, four non-governmental organizations, among them Egyptians Against Religious Discrimination, and tens of public figures and unionists, including Press Syndicate board member Khaled El-Balshy and former MP and member of the Egyptian Socialist Democratic Party Zyad Elelaimy.

The group, which dubbed itself “Egypt National Forces,” called on the President to halt any deal with the IMF and instead implement a “national program for economic reform.”

The loan is subject to final approval by the IMF executive committee, and disbursement is linked to progress on a variety of reforms. They include subsidy cuts, the introduction of value added tax (VAT) and a shift to a more flexible exchange rate regime.

Speaking at the opening of a factory in Alexandria days after securing the IMF initial loan agreement, Egyptian President Abdel Fattah al-Sisi said he was committed to pushing through the reforms necessary to turn the economy around and cut public debt.

For his part, Central Bank Governor Tarek Amer said securing IMF funds is one step toward reviving the economy.

“Reform will not come in a day or two, but we have the ability and faith to improve things,” he told reporters in Cairo. “Investors will have no excuse to not invest in Egypt.”