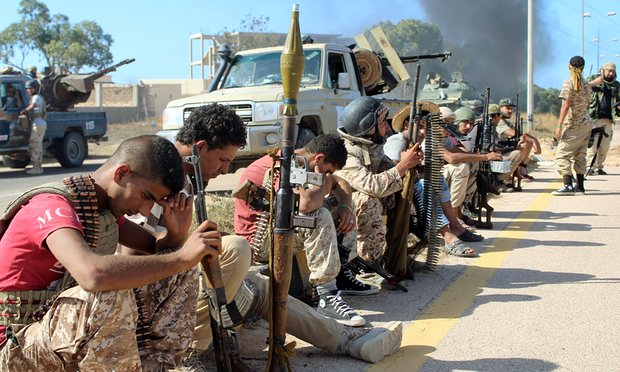 Libya: GNA Forces Prepare Final Assault on IS in Sirte 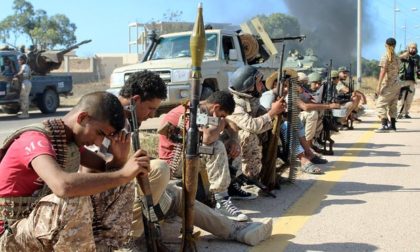 Libyan Government of National Accord force Sunday started preparations for final assault against the Islamic State group in the city of Sirte after making headways into the city thanks to US airpower strikes on the militants’ positions last week, reports say.

Misrata forces, allied to Libya’s Government of National Accord (GNA,) have regained confidence following US airpower actions last week. The Pentagon said it carried out strikes against the militants” positions last Monday and Tuesday at the request of the GNA. There were unconfirmed reports of further air attacks by the US airpower on Saturday.

“The countdown to the final stage of the military operations against Daesh has begun,” media source of military brigade, Bunyan Marsous, said using the Arabic acronym of IS.

“The operation’s leaders held intensive meetings to prepare for the final and decisive battles to eradicate the Daesh gang from the city of Sirte,” he added.

GNA, which entered capital Tripoli in March, has established military operation rooms to lead the fight against IS. The GNA has made the win against the terrorist group its top priority. The campaign, which started in May, later slowed down following heavy losses by regular forces as the militants used snipers, explosives and mines against them.

Since the beginning of August, fighting raged around the city center, with the militants trapped in Ouagadogou Conference Center that they turned into their command center. The GNA Forces further pushed terrorists around the Dollar neighborhood where they engaged in street fights, house to house operation.

The militants have lost most part of Muammar Gaddafi’s hometown that they seized last year. The city has been emptied of its population, which fled as regular forces launched the takeover campaign.

Since the launch of the campaign, medical sources said more than 300 GNA fighters have been killed and over 1,000 have been injured. The death toll on the militants’ side has been difficult to verify.