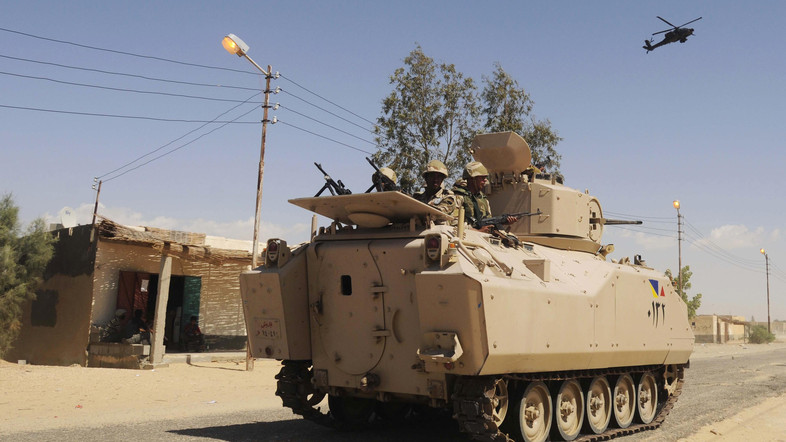 Egypt: Leader of Sinai-based IS killed 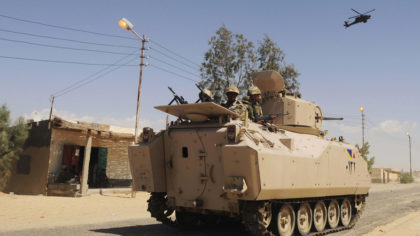 Egyptian military forces announced Thursday the killing of the Islamic State leader in the Sinai Peninsula, Abu Doaa al-Ansari, in an army-led operation in the provincial capital of el-Arish.

IS group in the Sinai has been engaged in a guerrilla war with Egyptian security forces since the 2013 overthrow of the country’s democratically elected President, Islamist Mohamed Morsi.

Abu Doaa al-Ansari was announced killed by the army Chief spokesperson, Brig-Gen Mohammed Samir, in a Facebook post without further details on when the army operation took place.

The army post said the operation carried out in the provincial capital el-Arish also killed a number of Ansari’s close aides without giving a precise number.

The militants were killed in an airstrike that targeted a house located amid olive groves south of el-Arish, reports say.

IS in Sinai has not issued any statement to confirm the death of its leader.

Military accounts say the army launched a campaign against the militant group with the support of airpower and drones.

Ansari is leader of the Sinai-based Ansar Beit al-Maqdis, or Soldiers of Jerusalem militant movement, which pledged allegiance to the Islamic State.

The group claimed the downing in October 2015 of a Russian passenger jet in the Sinai, few minutes after taking off from the Red city of Sharm el-Sheickh.

The militant group’s attacks against the army and police forces killed more than 500 security personnel, according to Egyptian military sources. Thousands of militants were also killed in retaliation operations, the same sources said.