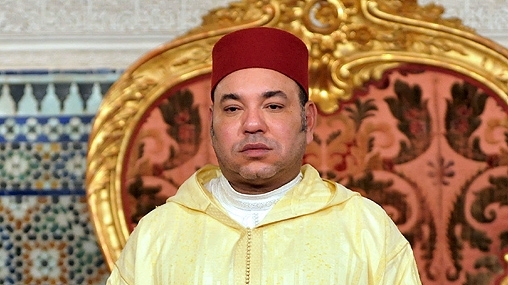 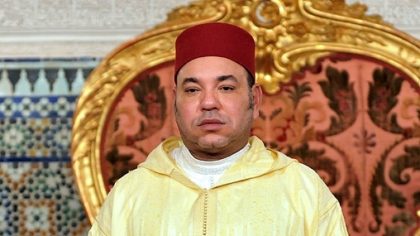 On the occasion of Throne Day, marking this year the 17th anniversary of his enthronement, King Mohammed VI delivered a speech that tackled key issues facing Morocco today notably the upcoming parliamentary elections, the fight against corruption, economic development, anti-terrorism, mobilization for the Sahara cause, and Morocco’s foreign policy and international commitments.

Right at the outset of his speech, King Mohammed VI made it clear that the Monarchy maintains a level playing field with regards to all political parties. “As the guarantor of respect for the Constitution, the smooth running of institutions and the safeguard of the democratic choice, I do not take part in polls, nor do I belong to any political party.”

“All actors, candidates and parties should therefore avoid involving the King in any electoral or party rows,” he said.

The Monarch added that citizens are at the heart of the electoral process not the parties nor the candidates. “Citizens are the source of power, which they delegate to their representatives. They have the power to hold them to account and replace them, on the basis of what they have achieved during their mandate,” the Sovereign said, while calling on authorities to make sure the electoral process is fair and transparent.

The Sovereign denounced the unethical practices that tarnish the electoral process and urged political parties to “stop using the nation to settle personal accounts or achieve strictly party-related purposes.”

In addition to honesty, and keenness to serve citizens first and foremost, the Sovereign stressed that the new concept of authority that was launched in Morocco since his enthronement “is not limited, as some people may think, to Walis, Governors and local authorities, but covers all those who have access to power, including elected and public officials, whatever position they hold.”

“The new concept of power is based on accountability, through monitoring and control mechanisms, law enforcement and, for elected officials, through elections and citizens’ trust,” he said.

The King gave special attention to the need to step up efforts to uproot corruption which “must not be seen as an opportunity for politicking.”

The Monarch made it clear that “Fighting corruption is a cause championed by both the State and society. The State, with all its institutions, has to fight this dangerous trend through the appropriate legal mechanisms and by incriminating all its aspects and severely punishing those involved in it.”

The king went on to say that “Society, with all its components, has to fight corruption by rejecting it, publicly exposing those who are involved in it and educating its members to stay away from it, keeping in mind the precepts of our pristine faith and true Moroccan values based on decency, integrity and dignity.”

Pressing ahead on path of development:

According to King Mohammed VI, political progress is inconceivable without a development that is based on complementarity and balance between economic, social and environmental dimensions.

In this regard, the King called on operators in the public and private sectors to endeavor to build on achievements to elevate the Moroccan economy to the rank of emerging nations. In the same vein, the Monarch voiced satisfaction at the increasing foreign direct investments in the Kingdom as evidenced by the “the number of international companies which have decided to invest in Morocco and launch projects worth millions, such as Renault, the Chinese companies involved in the Tangier strategic industrial zone project – which will cover 1000 to 2000 hectares – Russian companies…”

At a regional context marked by turmoil and insecurity, King Mohammed VI commended Moroccan security services “for their effective response in anticipating and foiling all desperate terrorist attempts to target our citizens, security and public order.”

The King called for mobilization and vigilance and stressed the need for “coordination between security departments, at home and abroad, as well as with the Royal Armed Forces, with all their components, and with citizens, as all bear responsibility when it comes to national causes.”

“The security of Morocco is a national duty that leaves no room for exceptions. It should not be the subject of any trivial disputes, complacency or leniency. It requires positive competition to safeguard the unity, security and stability of the nation,” he said.

In terms of Morocco’s reinvigorated foreign policy, King Mohammed VI labelled 2016 a “year of determination” with regards to defending the Kingdom’s territorial integrity. “Convinced that ours is a just cause, with firm determination, we have faced the fallacious statements and irresponsible behavior related to the management of the Moroccan Sahara issue and taken the necessary measures, dictated by the circumstances, to put an end to these serious deviations.”

Facing the schemes hatched by the opponents of Morocco’s territorial integrity requires stepping up mobilization and vigilance said the King, who also expressed Morocco’s willingness to engage in constructive dialogue in order to find “a final political settlement to this artificial dispute.”

The speech was also an opportunity to underscore the pertinence of Morocco’s development model in the Saharan provinces. “The development projects I have launched in the region, along with the opportunity for the populations’ effective involvement in managing their affairs, thanks to the advanced regionalization scheme, will transform the Sahara into an integrated economic pole that will allow it to play its historic role as a hub and an exchange platform between Morocco and the rest of Africa, as well as countries of the North,” said the King.

At the international level, the Monarch expressed Morocco’s resolve to diversify its partnerships as a move that is neither a reaction to suit circumstances nor to serve short-lived calculations or interests, “but rather a strategic choice in line with the country’s evolution and global changes.”

King Mohammed VI reiterated that “Morocco is not the exclusive preserve of any country”, adding that “Its openness, however, is not an indicator of a change of direction, nor will it ever affect its partners’ interests. Morocco will continue to honor the commitments made to its historic partners.”

The Kingdom continues to be committed to championing efforts aiming at safeguarding peace and stability, notably in Africa, he said, highlighting Morocco’s endeavor in favor of a solidarity-based south-south partnership.

Touching on the recent announcement of Morocco’s decision to return to the African Union, the Sovereign explained that this “does not mean that Morocco will relinquish its legitimate rights, nor recognize a pseudo entity lacking the basic elements of sovereignty which was imposed on the African Union, in flagrant violation of the latter’s charter.”

A return to the African Union will enable Morocco to retrieve its natural place and continue to defend African interests, he said, adding that such a return to the pan-African body will open new prospects for Morocco in east and equatorial Africa.

At the regional level, the monarch recalled that the summit last April with the Heads of States of the Gulf Cooperation Council resulted in a strategic Moroccan-Gulf partnership and gave birth to a unique model of Arab alliance.

Openness to major economic and political players at the international level goes in tandem with consolidating Morocco’s strategic partnership with France and Spain, said the King, adding that the Kingdom works with the EU to a “partnership on solid bases.”

“This diversification of partnerships is based on mutual esteem and the commitment to boost win-win cooperation, as illustrated by the strategic agreements signed in vital sectors, such as energy, infrastructure, agriculture, the fight against terrorism, military cooperation,” he noted.

The Royal speech also highlighted Morocco’s international commitments notably in the fields of the fight against terrorism and the environmental action.

“Morocco is a key partner in the fight against terrorism, both at the level of security cooperation, with a number of sister and friendly nations, and through its unique approach to managing the country’s religious affairs. This position allowed Morocco to co-chair, with the Netherlands, the Global Counterterrorism Forum,” said the King.

“Our country is also actively involved in international efforts to fight climate change and, in November, is hosting the 22nd session of the Conference of the Parties to the United Nations Framework Convention on Climate Change, COP 22,” he added.

This event “will offer Morocco the opportunity to show its commitment to ensuring the implementation of the Paris Agreement and continuing its support to developing countries in Africa and small insular states, most affected by climate change,” the Monarch underscored.

North Africa Post's news desk is composed of journalists and editors, who are constantly working to provide new and accurate stories to NAP readers.
NEWER POSTThe Person of the King Should not be Involved in Electoral, Party Disputes
OLDER POSTMorocco to Militarily Support Niger against Boko Haram