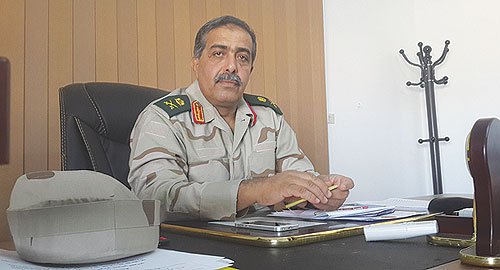 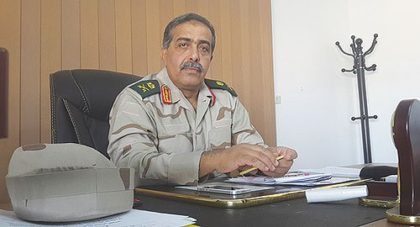 UNSMIL Head Martin Kobler Monday received a blow as Libyan army commander backed by the House of Representatives (HoR) threatened to attack any oil vessels entering Libyan waters if not authorized by National Oil Company (NOC) recognized by the HoR.
Army Chief of staff Abdelrazak Nazhuri said the vessels will be attacked by army aviation if they enter the ports.
“Any movement of any vessels or oil tankers toward the Libyan territorial waters without prior agreement with the NOC affiliated to the Libyan parliament will be targeted,” he said in a statement.
The threat comes at the back of a controversial deal between Kobler and Ibrahim Jadhran, commander of powerful militia; Petroleum Facilities Guard. The deal even though not clearly laid out stipulates that Jadhran reopens eastern oil terminals he blocked for three years and receives fat cheque, to the tune of $180 million, reports say.
The deal was denounced by reunified NOC chairman, Mustafa Sanalla who slammed and Kobler and the UN-backed Presidential Council. Sanalla in a letter to Kobler argued that Jadhran is a war lord and a deal with him could encourage other militia strongmen to copy extortion “tactics” of “an entirely malevolent influence, with no concept of national interest.
Jadhran reportedly called on the PC to respect the deal otherwise he will withdraw his support to it.
Libya following the collapse of Gaddafi’s regime has seen its NOC spitted into two. The HoR in the East along with its allied government based in Beida set up their own NOC while the NOC in Tripoli has pledged allegiance to the PC.
The two institutions accepted to reunify this month for the benefit of the country which has seen its oil production plummeting. The PC needs the relaunch of oil production to its full capacity in order to meet economic and financial challenges that have gripped the country.
Country’s oil production has gone down from 531 million barrels in 2012 to 146 million barrels in 2015.
Nazhuri’s threats further jeopardize the stability of the NOC and de factor that of PC and the Government of National Accord (GNA).