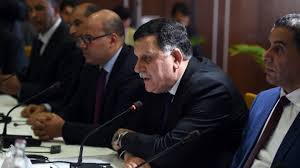 The Presidency Council (PC) of the Government of National Accord (GNA) is not pleased with the presence of French Special Forces in Libya, which surfaced after three soldiers were killed in a helicopter crash during the weekend and after Paris confirmed their death on Wednesday.

“There can never be wavering on Libya’s sovereignty,” a statement released by the PC underlined, adding that foreign troops can intervene in Libya only in “answer to a request and in coordination with the council itself and according to what preservers national sovereignty.”

French government spokesman Stephane Le Foll admitted the presence of their Special Forces in Libya, but refused to comment on the alleged death of their troops. However, President Francois Hollande later confirmed that three soldiers were killed in a “helicopter accident” during “dangerous intelligence operations.”

Reports have stated it was shot down by members of the Defend Benghazi Brigades.

“We completely reject violating the sanctity of the Libyan soil,” the PC statement outlined and invited other Libyan parties to rally behind it to prevent such actions. Hundreds of people were in the streets of several cities to protest the presence of French troops in the country. The U.S. and the UK are also said to have troops in Libya but the reports have not been confirmed yet.

In a bid to justify the presence of French troops in the North African country, President Hollande stated that Libya is “only a few hundred kilometers from Europe’s shores” and it is experiencing “dangerous instability” especially with the presence of the Islamic State. This year, the extremist group has claimed responsibility for several attacks in France.