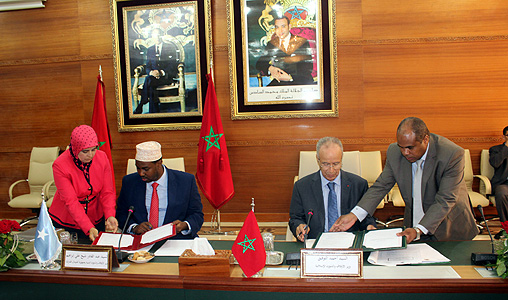 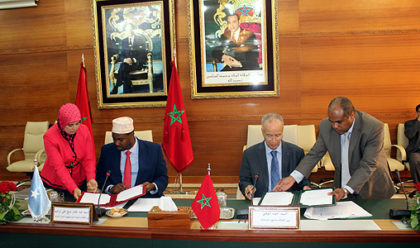 Morocco’s success in combating religious extremism and Islamic radicalization continues to gain regional and international recognition with many African countries voicing desire to benefit from the experience of the North African Kingdom in this field.

The latest of these countries is Somalia, which has just signed a cooperation agreement with Morocco in this field. Somali minister of Islamic affairs Abdelkader cheikh Ali Ibrahim said the agreement would enable his country to benefit from Moroccan pioneering experience, which is based on moderation and tolerance to counter jihadist threats.

To fight Islamic radical ideology and lunatic ideas, Morocco launched a leading center that provides training to hundreds of imams of various nationalities. The center seeks to inculcate in Imams the precepts of a tolerant and non-violent form of Islam based on Maliki rite and teach them how to counter extremism and religious radicalization through sound argumentation and dialogue.

Morocco has been providing, for many years if not for centuries, training to foreign Islamic scholars and imams, mainly from sub-Saharan Africa, in order to disseminate an “Islam of the middle path doctrine,” a vision of religion based on tolerance, intercultural dialogue and respect of other faiths.

During the few past years, with the rise of Al Qaeda and now the Islamic State, the Moroccan experience to counter Jihadists’ propaganda is prompting a growing interest worldwide.

Based on a tolerance-based version of Islam, the Moroccan approach provides the necessary tools to spot early signs of extremism to religious professionals, who are in constant contact with their communities.