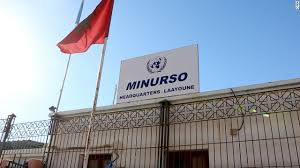 Morocco reached an agreement with the UN to allow 25 civilian members of the MINURSO to resume their mission in the Sahara, the UN spokesman Stephane Dujarric said.

Five MINURSO civilian members have already arrived in Laayoune to continue their mission, after they were expelled last March.

Morocco took the decision to cut the MINURSO civilian component after the verbal blunders uttered in Tindouf by the UN Secretary General, who used the word “occupation” to describe Morocco’s retrieval of the southern provinces from Spanish colonialism in 1975. Ban’s missteps caused a row that put the continuation of the MINURSO mission on the edge of the precipice.

Last April, the UN Security Council adopted a resolution calling for restoring the full capacity of the MINURSO within three months. Morocco and the UN have been engaged in negotiations to set new terms for the UN mission in the Sahara.

“I think we’ve had what I would call constructive discussion with Morocco and it was agreed as a result of those discussions to restore full functionality of the peacekeeping mission through a gradual process,” Dujarric said.

The MINURSO was established following a UN-brokered ceasefire in 1991 that put an end to a guerrilla war waged by the Algerian-based Polisario front on Moroccan troops. The UN mission was tasked with organizing a referendum, which never took place because of disagreements over who is eligible to vote. Ceasefire monitoring remains the main task of the MINURSO.

North Africa Post's news desk is composed of journalists and editors, who are constantly working to provide new and accurate stories to NAP readers.
NEWER POSTAlgeria: Foreign Exchange Reserves to Fall to $116bln by End of 2016
OLDER POSTDim Prospects for Algeria’s Gas Exports