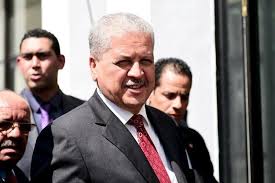 Algeria: Foreign Exchange Reserves to Fall to $116bln by End of 2016

The fall in oil prices has taken a toll on Algeria’s foreign exchange reserves, which are expected to decline to $116 billion, Algria’s Prime Minister Abdelmalek Sellal said.

At a context of a long-term slump in oil prices, the Algerian government is planning further cuts to curb spending over the next few years after the declining revenues previously forced Algiers to suspend several infrastructure projects, thus decreasing its budget by 9% this year.

Last November, Algeria’s draft appropriation bill estimated the reserves to stand at $121 billion by the end of 2016. In a reassurance attempt, Sellal told journalists that whatever happens, Algeria will never let reserves go below $100 billion.

Hydrocarbons make up 95% of Algeria’s exports and 60% of state revenues. The fall in oil prices last year propelled a 41% decline in Algeria’s energy earnings. The slump in international oil prices bodes ill for Algeria which has a heavily subsidized economy with low diversification.