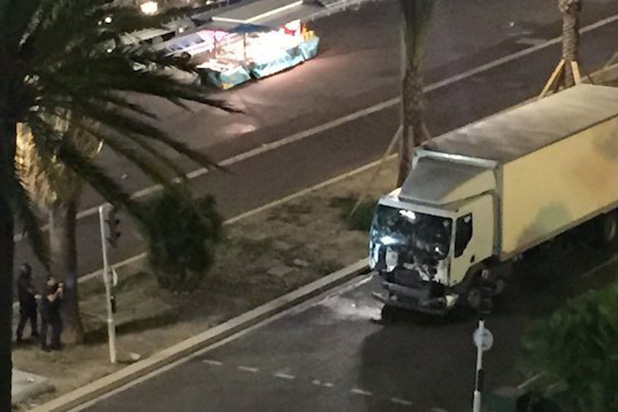 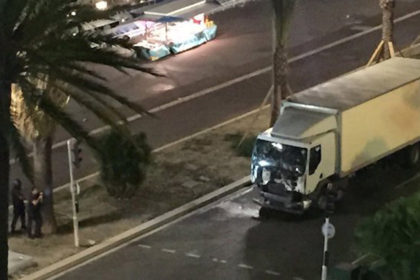 French President Francois Holland announced, in an early Friday address to the nation, the extension of the state of emergency for three additional months and the raising of the national security level following Thursday lorry attack in Nice, which killed at least 84 people and injured scores, including 18 in critical condition.

The state of emergency, supposed to end on July 26, is thus prolonged for the second time since the Paris attacks last year. President Holland who called the attack a terrorist act announced the deployment of army reservists at public places as well as intensification of airstrikes in Iraq and Syria against Islamic State fighters.

The attacker, driving a 19-ton lorry, ploughed into crowds gathered at “La promenade des Anglais” at the French city of Nice to celebrate Bastille Day.

The attack has not been claimed so far but the attacker has been identified by police sources as a 31-year-old Tunisian-born Frenchman. The man, named as Mohamed Lahouaiej Bouhlel, was shot dead as he traded shots with security forces.

According to press reports, the attacker was not on the watch list of French intelligence services but was known to the police in connection with common crimes such as theft and violence.

Some weapons and a grenade were found inside the truck, reports say.

The anti-terrorism section of Paris Prosecution office has been tasked to investigate the attack.

Investigations will determine whether the man acted alone or had accomplices.