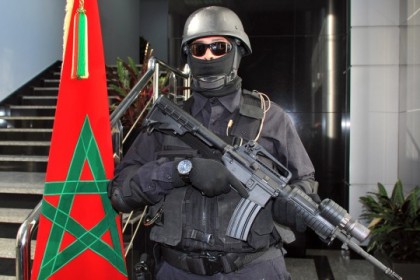 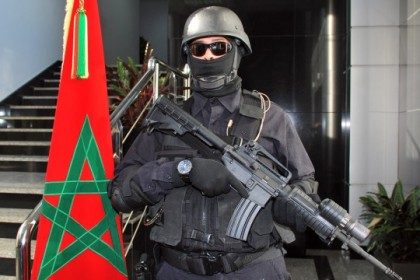 According to a press release issued by the Interior ministry, investigations showed the cell was planning to join secretly ISIS branch in Libya through the Sahelo-Saharan region, as one member of this group had already been in Libya.

This terror cell was preparing homemade explosive devices to be used in bloody terrorist operations in Morocco. Last April, Morocco’s Bureau of Central Judicial Investigations (equivalent to US FBI) announced the arrest of three ISIS operatives who were planning to launch terrorist attacks and set up a local ISIS branch in Morocco.

Moroccan authorities are waging tireless war against Islamist extremists and fanatics. As the international coalition intensified its airstrikes against the terrorists in Iraq and Syria, the extremist group started moving to North Africa and particularly to Libya where the jihadists have enhanced their influence and presence.

Neighboring Tunisia and Egypt have already suffered numerous deadly attacks by militants of the Islamic State. Morocco has worked out a comprehensive counterterrorism strategy that includes vigilant security measures, regional and international cooperation, and counter-radicalization policies.

The Moroccan authorities have dismantled multiple groups with ties to international networks that included ISIS. Al Qaeda in the Islamic Maghreb (AQIM) and ISIS continue efforts to recruit Moroccans.

According to foreign intelligence reports, approximately 1,500 Moroccans are believed to have joined terrorist organizations since 2011, with 719 fighting alongside ISIS.

The Moroccan government is concerned about the potential return of veteran Moroccan jihadist fighters from those conflict zones to conduct possible terrorist attacks at home.

North Africa Post's news desk is composed of journalists and editors, who are constantly working to provide new and accurate stories to NAP readers.
NEWER POSTMauritania: Journalist Sentenced to Three Years in Jail for Hurling Shoe at Cabinet Spokesperson
OLDER POSTMorocco on Course to Fill Empty Seat at the African Union