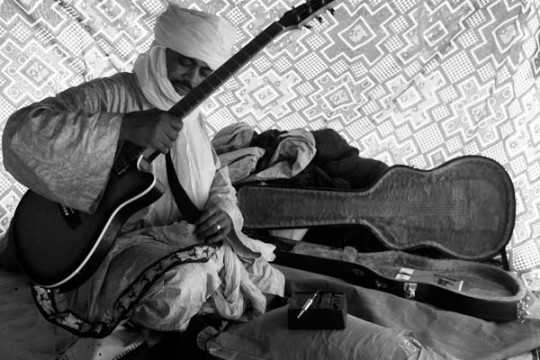 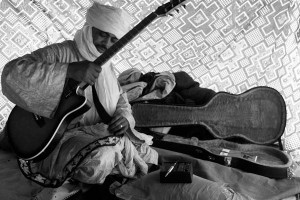 The 4th edition of the Taragalte Festival celebrating the Sahara and desert culture, held this November 9 to 11 in M’hamid El Ghizlane, Southern Moroccan province of Zagora, paid tribute to the Malian holy city of Timbuktu, which was occupied by the Islamist Ansar Dine group at the beginning of the current year.
The festival organizers explained that they wanted to celebrate this city, dubbed “the city of 333 Saints”, which is classified as a Heritage of Humanity by UNESCO and which is a cradle of African culture and history, as a token of solidarity with its people. Timbuktu was occupied by the Islamists just after its own “Festival au Desert” last January and these Islamists- who advocate a strict interpretation of sharia law-have destroyed several monuments listed as World Heritage and forced thousands into exile.
Inviting artists from northern Mali is a way to express support and solidarity with the region and its inhabitants, organizers said.
They also wanted to celebrate the historical ties between Timbuktu and Taragalte which was the point of departure and arrival of trans-Saharan caravans going or coming from Mali.
Officials of the Timbuktu festival and several musicians and artists from the city who have fled their hometown after northern Mali was occupied by armed groups in early 2012 attended the festival of M’hamid El Ghizlane, formerly known as Taragalte.
These artists’ performance at Taragalte was one of their few shows during the past nine months and provided them with the opportunity to forget, at least momentarily, the ordeal their hometown is going through.
Founder and director of the Timbuktu “Festival au Desert”, Mohamed Aly Ansar, ask as “Manny”, who attended the event told the media that due to poor security conditions, the Timbuktu festival will be replaced by a “caravan for peace and national unity,” probably next February. The idea is to have the Malian artists who are now living in exile in Mauritania, Burkina Faso or Niger participate in the caravan that will be crowned by a big concert at Oursi near Ouagadougou (Burkina Faso). For Manny, the main goal of the caravan is to spread a message of unity and tolerance.
The Taragalte Festival, initiated by a team of young Moroccan descendents of Sahrawi nomads, seeks to highlight the heritage of the desert, to foster awareness to the need to preserve the environment and the region natural resources and oases, to encourage intercultural exchange and to promote sustainable tourism. Also, the event provides opportunity to remember the time when trade caravans were crossing the Sahara between Algeria, Morocco, Mauritania and Mali and the strategic position M’Hamid El Ghizlanen, or the gateway to the Sahara as it is called, was then holding.
The Taragalte Festival, held this year under the theme “Woman of the Desert”, featured besides the performances by artists and singers from Mali, Mauritania, Morocco and even France, exhibitions, workshops and roundtables on desert related topics.
CATEGORIES CultureLifestyle
Share This

North Africa Post's news desk is composed of journalists and editors, who are constantly working to provide new and accurate stories to NAP readers.
NEWER POST“Bloomberg-Afrique” TV Channel to be Launched from Casablanca Soon
OLDER POSTRepsol Finds Gas in Algeria