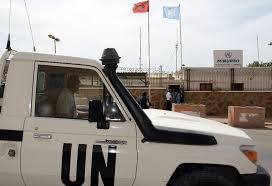 A member of the UN mission to the Sahara (MINURSO) was recently caught spying on the Moroccan police in the southern city of Laayoune, the Assabah daily reported on July 13.

The MINURSO member was intercepted while secretly filming a sit-in by a bunch of separatists in a small neighborhood in Laayoune, the same source said, adding that the police confiscated his camera in which images of previous sittings were found.

This incident comes at a moment Morocco and the MINURSO are negotiating new terms for the return of the civilian staff of the UN mission, who were expelled by Rabat after the biased statements of the UN Secretary General and his blunt support for the separatist thesis.

This recent case of espionage is vindicating Morocco which has denounced the MINURSO on multiple occasions on grounds of siding with the separatists and derailing from its cease-fire monitoring role.