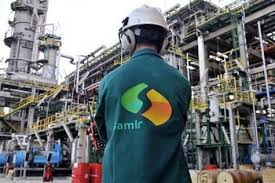 Converting Debt to Shares, a Possible Scenario to Save Morocco’s Sole refinery

Creditors of Morocco’s sole refinery, Samir, are putting on the table the alternative of converting the massive 43-billion-dirham debt ($4.55 billion) into shares, a move that entails giving creditors a say in the board of trustees, Moroccan media reported on July 11.

After an appeals court in Casablanca upheld a ruling placing the refinery into liquidation, the conversion of debt into shares seems like a move that will mitigate the losses of creditors of Samir.

The creditors will have to be organized into a consortium in order to gain the trust of banks to reschedule the debt.

The closure of Morocco’s sole refinery would make the country entirely reliant on imports. At just under 300,000 barrels per day, Morocco’s petroleum consumption is Africa’s fifth largest, according to data from the U.S. Energy Information Administration.