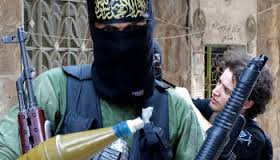 After the Netherlands decided to forfeit the Dutch citizenship from its dual nationality citizens who are fighting alongside terrorist groups in Syria and Iraq, Morocco should brace itself for a possible return of Moroccan-Dutch Jihadists.

Several media reports say that Dutch authorities have established a list of 250 dual nationals fighting within the ranks of the Islamic State in Syria and Iraq, of whom 200 are said to be of Moroccan origin.

Faced with Dutch nationality forfeiture, these fighters are likely to head to Morocco or be deported to Morocco from the Netherlands.

Dutch MPs voted last May to withdraw dual nationals of their Dutch citizenship if they join terrorist groups, a move that sparked controversy and drew the support of far right movements.