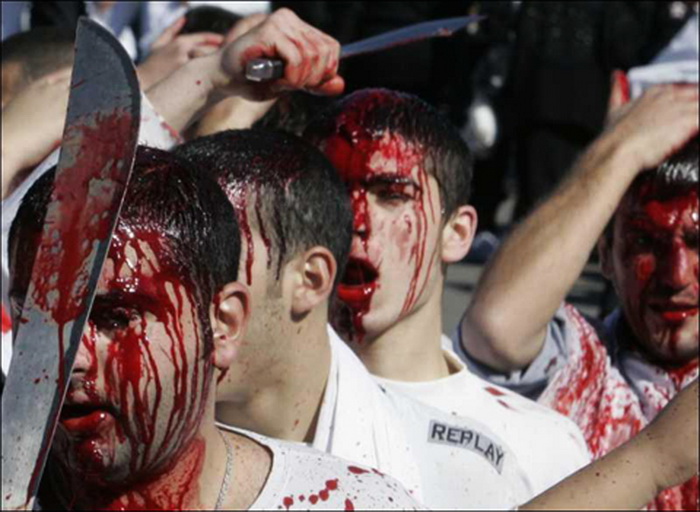 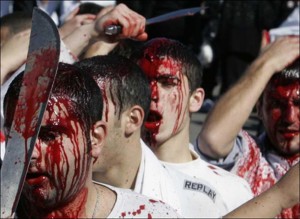 The country’s sectarian crisis seems to be deepening as clashes broke out again between the sunnis and shite. Recent events took place in the Palestinian refugee camp of Ain el-Hilweh on the edge of Sidon where majority of the habitants are Sunnis and most of them followers of Sheikh Ahmed al-Aseer.
Reports claim that clashes were provoked by the removal of banners put up by Hezbollah in the port city of Sidon in commemoration of Ashura by the Sunnis. A deadline given by al-Aseer for the removal of the banners expired today. “Tempers flared and the two sides fired automatic rifles at each other,” a Lebanese official was quoted saying. The clashes left at least four people dead and seven others wounded according to security officials.
Ashura marks the killing of Imam Hussein bin Ali by Ummayyad forces at the battle of Karbala in Iraq in 680, a culmination of a power struggle that ushered in the great Sunni-Shi’ite divide in Islam which still shapes the Middle East’s political map.
Prime Minister Najib Mikati has asked the groups “to exercise self-restraint and not to provoke security incidents in this sensitive point of time.” A Lebanese army unit was subsequently dispatched to the area to bring it under control.
Recent actions highlight the deepening Shi’ite-Sunni divide in such a small and regionally important country where tensions have been on the rise since the assassination of Wissam al-Hassan, an anti-Assad Lebanese intelligence commander in a car bomb.
Sunni politicians and religious leaders blamed Syria and Hezbollah for the assassination. The two sides deny involvement.
In recent months violence has also flared on several occasions in the northern city of Tripoli, with fighters loyal to opposing sides in Syria’s war killing one another in clashes.