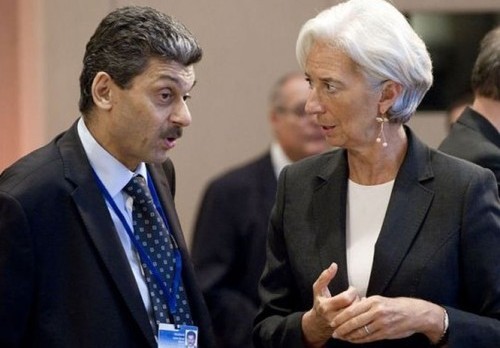 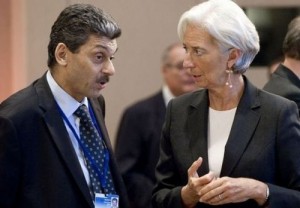 Discussions were held in Algeria by the international monetary fund mission. These discussions gathered the minister of Finance, the minister of agriculture and rural development, the minister of labor, employment and social security and the Governor of the Bank of Algeria.
All of them reflected on short and medium term economic policies and the influence that the actual global context may have on Algeria’s economy. Afterwards the mission met with representatives of economic and financial sector and civil society. According to them 2012’s performance was solid and they hope that growth will reach 3.4 % by 2013 allowed by the hydrocarbon sector.
The banking sector also stayed quite solid. Because of fiscal expansion in recent years, inflation rose and fiscal vulnerability increased. Concerning unemployment it was reported to have stayed stable at 10 % in 2011. Unemployment has a high percentage for females and young Algerians.
According to the mission’s discussion, the main challenges for short and medium term will be controlling inflation and making fiscal sustainability stronger. It also stated that the inflation can be fought by coordinating monetary and fiscal policies. However for the long term, hydrocarbon resources will assure fiscal sustainability.
Growth rate remains below the countries potential which means that unemployment can’t be reduced. It can be achieved by making public investments more efficient, stimulating the country’s external competitiveness by perusing with their foreign exchange policy. And most importantly by making structural reforms to promote the countries private-sector industries and increase their productivity.
However the mission believes that it should be accompanied by a medium term budget and as a  conclusion of the discussions the main thing Algeria has to create is a plan to improve the business climate.