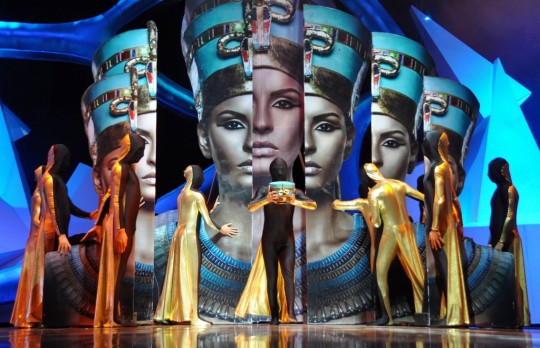 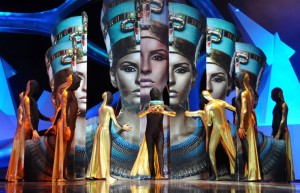 The 35th edition of the Cairo International Film Festival to kick off on November 27 will celebrate African cinema with special focus on the black continent. Nine movies from Kenya, Nigeria, Uganda, Rwanda, Chad and South Africa depicting the realities of African society will be screened during the festival to run till December 6.
The event also features a seminar on the role of cinema in Africa as a tool for political, cultural and societal liberation, as well as the part it plays in restoring the image of the continent.
Three Moroccan feature films will vie for the festival prizes. These are “Look at the King in the Moon” by Nabyl Lahlou, French-Moroccan production “Playground Chronicles” by Brahim Fritah and Moroccan-Swiss produced movie “Infidels” by Mouhcine Basri.
“Look at the king in the Moon”, produced in 2011, is an epic depicting the close relationship binding the Moroccan people to Sultan Mohammed V. Tortured by police officers who want him to make confessions about his dubious relationship with a certain William Shakespeare, the hero Fettah Aberkane falls into a coma. In his slow death, he sees scenes of the film he had dreamed to produce during his lifetime…
“Playground Chronicles”, Brahim Fritah’s first feature film produced in 2012, offers a tender, poetic and lively vision of a young boy who is 10 in 1980.
Brahim takes the viewer on an emotional journey into the heart of his daily life in Paris suburbs, his struggles and achievements at school, his friends, television and the factory where his father, a Moroccan immigrant, works as janitor.
This historical period is also one of great changes for the young Brahim. He learns the meaning of friendship with Salvador, a Chilean refugee who becomes his inseparable playground companion. It is a time of emotional turmoil and of his first crush, Nathalie. He also discovers a new passion: photography. Playground chronicles is the portrait of a period of an “ordinary life”, a film that paints in vivid colors, the day to day life of a young boy…
“Infidels” (2012), which deals with the thorny issue of Islamic radicalism, tells the story of three young Islamists who kidnap, at the order of their spiritual leader, a troupe of young promising artists. When the extremists arrive at the specified place of detention, they realize that they are cut off from their base.
Besri’s drama places in one corner men convinced of the legitimacy of their violent struggle, and in the other a Company of young individuals who, thanks to their artistic disposition, are more inclined towards an open-minded view of the world. Both groups are confronted with the advent of the modern world but each takes its own stand. A seven-day forced seclusion destroys any sense of security they might have had. Then come the doubts and the uncertainty, but also the knowledge that people have a lot in common despite their differences. Mohcine Besri successfully develops a story that gives even the radical Islamists a human face without acquiescing whatsoever in their depraved thinking.
The Cairo International Film Festival, the oldest film festival in the Middle East, will open its first edition following the revolution that toppled Hosni Moubarak’s regime, with Egyptian helmer Ibrahim El Batout’s eye-opening drama “Winter of Discontent.”
This year’s edition will also screen films representing Algeria, Jordan, Kuwait, Lebanon, Palestine, Tunisia and the United Arab Emirates.
It will be also marked by the organization of a ceremony honoring the Egyptian artists Nelly and Lebliba, and filmmaker Anas Abou Seif.

North Africa Post's news desk is composed of journalists and editors, who are constantly working to provide new and accurate stories to NAP readers.
NEWER POSTAlgeria: economy situation and the IMF mission
OLDER POSTSocial networking or the democratization of information.