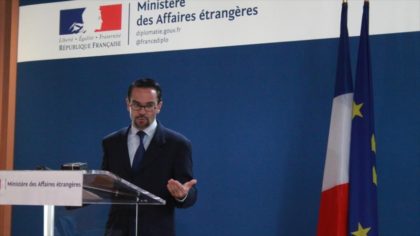 “I categorically deny (the claims by APS;) this is not the case. This is a technical postponement that is in no way linked to any political tension. France-Morocco relationships are booming,” said Romain Nadal, spokesperson of the French Foreign Ministry.

“This delay has nothing to do with the Sahara issue.” Besides the two countries’ Foreign Ministers talked over the phone and a new date is being set, said the spokesman in a statement to MAP.

French top diplomat Jean-Marc Ayrault’s Friday through Sunday official visit to Morocco was postponed due to a timetable issue on the Moroccan side but France foreign ministry indicated that both sides are working on a new date for the trip, which may take place in the course of July.

Algeria’s APS last week reported that the trip was cancelled because of diplomatic tension between the two countries on the Western Sahara issue.

Nadal already on Thursday indicated that the Algerian claims were baseless and that “the postponement has nothing to do with the Sahara issue.”