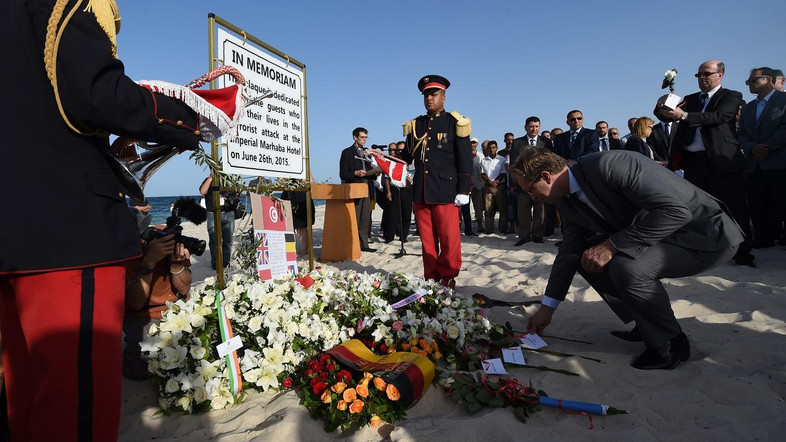 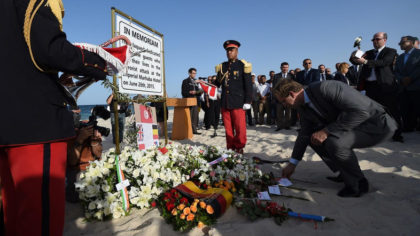 Tunisia Monday remembered the victims of the June 2015 attack in Sousse where a militant of the Islamic State (IS) group mowed down 38 people, putting the country’s onetime buzzing tourism further into jeopardy.

Minister of tourism Selma Elloumi Rekik and British Foreign Office official Tobias Ellwood laid down flowers in remembrance of the 38 victims among whom 30 Briton holidaymakers.

They were joined by diplomats from Germany, Portugal, Ireland, Belgium and Russia – whose countries also lost victims in the attack as well as employees of the hotel who had helped save tourists during the carnage.

A priest called out the name of the victims in the presence of a strong security protection.

The 38 tourists were massacred by a lone Tunisian said trained in an IS training camp in Libya.

In March the same year, two IS commandos also reportedly trained in Libya gunned down 21 foreign tourists at Bardo Museum in Tunis.

The wave of attacks continued in November in capital Tunis where 12 members of the presidential guard were killed in a suicide bomb attack near the Presidential palace.

Tunisia’s busy tourism industry was the worst hit by the attacks as most tourists and travel agencies left the country. Revenues for the first quarter of this year were down by 51.7 percent compared with last year, and the number of arrivals fell by 21.5% in the first six months of 2016 compared to the same period last year, according to the country’s Central Bank and Tourism Department.

British tourist number has sharply collapsed more than 92 per cent.

To stem illegal crossing of IS militants into the country, Tunisia built walls and dug trenches along the lengthy boarder with Libya.