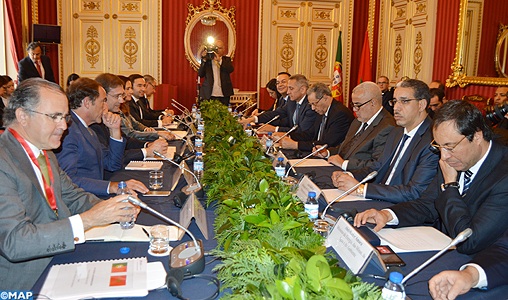 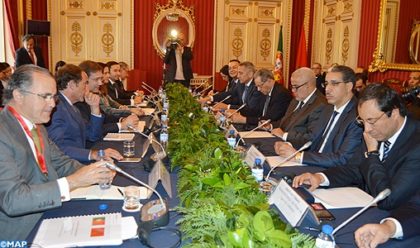 Portuguese president Marcelo Rebelo de Sousa starts this Monday a visit to Morocco at the invitation of King Mohammed VI to give a new momentum to the thriving cooperation between the two countries.

During this visit, first of its kind to an Arab country, the Portuguese Head of State will meet the Moroccan Sovereign who will host an Iftar in his honor and accompanying delegation.

The visit reflects the high quality of Moroccan-Portuguese relations, which are based on a strong partnership and shared will to strengthen the multifaceted ties between the two countries, says a press release issued by the Ministry of the Royal Household, Protocol and Chancellery.

The two countries are currently looking forward to setting up an undersea power connection, which would be the second Europe-Africa link.

At present, Portugal exports its excess energy to its neighbor Spain, which then feeds into the European system via France, while Morocco has a growing rate of demand.

The North African Kingdom has recently unveiled a €40 billion investment plan for its energy sector through to 2030, with around €30 billion set aside for renewable energy projects.

Morocco hosts COP22 in Marrakech from 7 to 18 next November. The country has pledged to reduce greenhouse gas (GHG) emissions by 32 pc by 2030.

Some 200 Portuguese companies are installed in Morocco, operating in various sectors such as pharmaceuticals, food industry, building, cork industry…

Morocco is currently the first partner of Portugal in the Arab world and the second in Africa, after Angola (former colony of Portugal.)

Portuguese exports of goods and services to Morocco increased by 18.5 pc in 2015 while imports grew by 12.2 pc. To enhance further economic relations and trade exchanges between the two countries, a Chamber of Commerce, Industry and Services of Portugal was set up last year in Morocco.

According to some experts, the two countries can launch joint cooperation projects in Africa and particularly in Portuguese-speaking African countries as Morocco is expanding its presence in the African continent. Hence, there are huge joint golden business opportunities for a triangular cooperation and partnership.

North Africa Post's news desk is composed of journalists and editors, who are constantly working to provide new and accurate stories to NAP readers.
NEWER POSTMoroccan-Portuguese Summit Talks in Casablanca
OLDER POSTLibya: Serraj Calls for Unified Army to Overcome IS