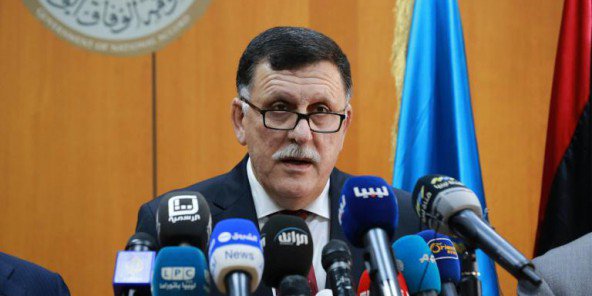 Libya: Serraj Calls for Unified Army to Overcome IS 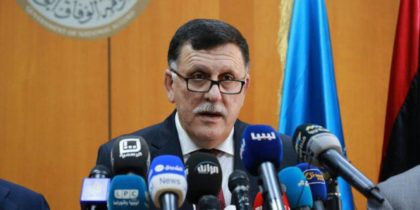 Libya’s UN-backed Premier Sunday called for a unified military command of Libyan armed forces to ensure victory over the Islamic State (IS) group fighters still holding the coastal city of Sirte as unity government forces try to dislodge them.

“We trust there can’t be any solution to overcome that organization (IS) apart from a unified military commandment that gathers all Libyans regions,” Faiez Serraj told French AFP in an interview.

Libyan militias loyal to Serraj-led Government of National Accord (GNA) have since May launched military campaign to flash out IS militants still camped in Sirte.

Serraj’s forces, made up mostly of soldiers from the Western part of the country, have achieved success against the militants but they have lost the momentum over the past few days as militants try to push them back through suicide attacks.

Other Libyan forces, namely the Libyan National Army (LNA) of Gen Khalifa Hafter backed by rival government based in the East are also taking on the militants. Gen Haftar has rejected authority of the unity government and has ruled out cooperating with Serraj.

Since launching the assault in May, pro-GNA forces have lost more than 200 fighters. Serraj indicated that GNA forces’ advance into Sirte has slowed down due to suicide attacks and IS fighters using city inhabitant as shields.

Around 30, 000 people are still stranded or kept hostage in the coastal city.

In his interview with AFP, Serraj revealed that foreign forces have been involved in the military operations but stopped short to name the countries. He also said that the militias were receiving military aid.

It has been reported that French, British and American special forces have been taking low key action in Libya.

The international community last month approved Serraj’s call for lifting the arms embargo imposed on the country since 2011. The US and more than 20 other countries including the EU accepted to ease the embargo to allow the GNA to acquire necessary weaponry needed in the fight against IS.

North Africa Post's news desk is composed of journalists and editors, who are constantly working to provide new and accurate stories to NAP readers.
NEWER POSTMorocco, Portugal Determined to Lift Cooperation to Higher Levels
OLDER POSTEgypt to Commemorate Coup d’état against Morsi with a Public Holiday