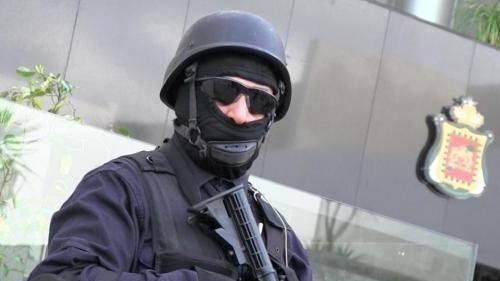 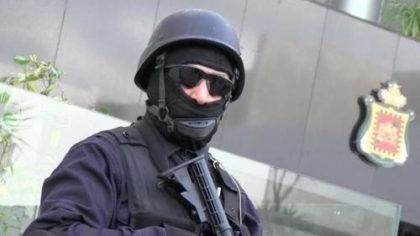 The Moroccan powerful Central Bureau of Judicial Investigation (BCIJ) busted a ten-member terrorist cell in the eastern cities of Oujda and Tendrara, near the Algerian border, announced the Interior Ministry on Thursday, indicating that the cell was planning terror attacks in the North African country.

Most of the cell members have criminal records and are all impregnated with ISIS ideology, said the Interior Ministry in a statement. An Algerian, living illegally in the kingdom, is also part of the cell.

Investigations showed that the suspects had planned to commit robbery in a large mall in Oujda, using knives, hoods and sophisticated communication devices, to raise funds to finance their terrorist schemes across the kingdom, in line with the agenda of Daech (Arabic name of ISIS,) said the statement.

The tracking of the cell members revealed that the terrorists, who used to hold secret meetings in a “safe house” in Oujda, assaulted citizens and robbed their belongings, the statement said, deeming these deeds as a serious threat endangering the security and stability of the country.

The BCIJ operating under the wings of the country’s counter-terrorism and intelligence service has bust scores of terror cells since its creation in March 2015 and foiled several attacks aimed at destabilizing the kingdom.

Morocco has become one of the major targets of the militant group after the North African country came under the spotlight following its significant role in the elimination of Abdelhamid Abaaoud, the ringleader of the November 2015 Paris attacks.

Morocco has emerged as a leading country in counter-terrorism strategies and has been helping several countries around the world, and mainly in Europe, in their fight against the plague.

North Africa Post's news desk is composed of journalists and editors, who are constantly working to provide new and accurate stories to NAP readers.
NEWER POSTLibya: Regular Forces Repel IS Counterattacks in Sirte
OLDER POSTTunisia: Ennahda in France for people’s diplomacy, not on government’s behalf, Ghannouchi