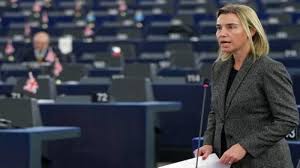 Members of the European Parliament have underscored the soundness of the Morocco-proposed initiative to grant large autonomy to the Sahara under the Kingdom’s sovereignty, deeming this initiative as the ”best acceptable compromise” for settling the conflict.

Their remarks came in a letter they addressed to the High Representative of the European Union for Foreign Affairs and Security Policy, Federica Mogherini, following their recent visit in the Moroccan southern provinces, reports the official news agency MAP.

The MEPs stressed that under the Moroccan proposal, the Sahrawis will be “democratically elected to run their local government,” a fact that will bestow legitimacy on the people’s representatives. This will also ensure an effective management of borders in the region, which is crucial for collective security, they stated in their letter.

The MEPs, including Gilles Pargneaux, Dominique Riquet and Yunus Omarjee, underlined that Europe is an “indispensable partner” for Morocco and the Maghreb in matters of both security and development and urged the EU to use its diplomatic and economic weight and to take a strong initiative to settle the Sahara conflict.

“We believe that European diplomacy should play a leading role in contributing to peace and stability” in the region, the letter signatories, stated, drawing the attention to the implications the situation in the Maghreb region can have for Europe.

The artificial Sahara conflict is fueled by neighboring Algeria, which finances and hosts on its territory, in Tindouf, the Polisario separatist movement, claiming the independence of the Sahara.

This long lasting conflict that dates back to the cold war era hinders the Maghreb economic integration and jeopardizes security in the whole region.

The region is facing security challenges in view of the terrorist groups roaming in the Sahel, the proximity of Libya, which fuels terrorism in the Sahel, and the situation in neighboring Algeria, which remains highly unstable and uncertain, the MEPs warned, deploring the low or inexistent inter-Maghreb cooperation in security matters.

“The Arab Maghreb Union, which could fulfill this role of anti-terrorism coordinator, does not work because of the persistence of the Sahara conflict,” they said. They pointed out that beyond the fact that the non-Maghreb costs 2 pc of GDP annually for each of the Maghreb countries, the seriousness of the security situation makes it imperative to have a genuine Maghreb cooperation.

The MEPs argued that Europe’s security and the management of migration flows from sub-Saharan Africa depend largely on the Maghreb’s ability to act as a coordinated regional bloc.

Referring to their recent visit in the Moroccan southern provinces, the letter signatories underlined what they called “the impressive” economic and social development they witnessed in the Sahara cities of Laayoune, Smara, Dakhla and Boujdour.

They also underlined the freedom of movement and expression enjoyed by the NGOs they met during their trip and highlighted the important work conducted by the Regional Centre for Human Rights to promote the culture of human rights.

Likewise, the letter signatories stressed that the members of the Sahrawi tribes they met have all emphasized the historical ties binding their tribes to the Alawite Dynasty and their attachment to the Moroccan identity of their territory.

The MEPs’ delegation representing different political groups and trends visited Morocco June 2 to 6 and conferred with several Moroccan officials on major issues of concern to the two shores of the Mediterranean.