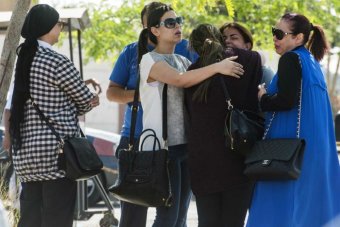 EgyptAir announced Monday families of the 66 people who died in the crash of its Flight MS804 will receive each an advance compensation of $25,000, before insurance companies release the rest of the compensation.

The victims’ relatives will be able to receive the compensation once a certificate of inheritor has been established, Satwat Mussallam, Head of the Egyptian national carrier, told media.

Additional compensation will be offered to the families of the victims once the company sorts out details with various insurance companies as investigations into the crash of the aircraft unfold, Mussallam said at a press conference.

EgyptAir Flight MS804 disappeared from radar on June 19 on its way to Cairo after flying from Paris. It crashed into the Mediterranean after entering 16 km into the Egyptian air space and reportedly 40 minutes from landing.

Investigators are still trying to pin down the cause of the crash. The investigation committee confirmed recovery of the two black boxes, which will help solve the puzzle of the tragedy.