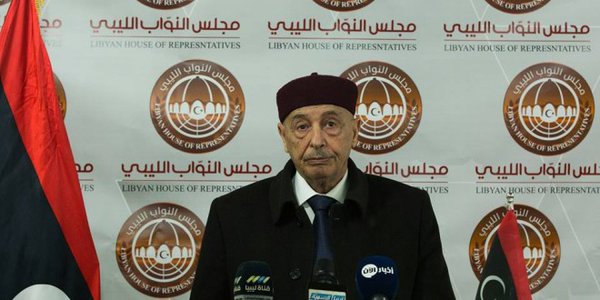 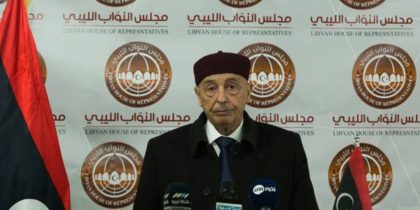 President Ageela Saleh of the Tobruk-based House of Parliament (HoR) declared a state of emergency and the area from Tobruk to Ben Jawad as a military zone after the Benghazi Defense Brigades (BDB) warned those between Ajdabiya and Benghazi to refrain from getting involved in its planned assault on Benghazi.
The BDB reportedly controls Ajdabiya and is fighting under the command of SadiqGhariani and the Dar al-Ifta in Tripoli. The military zone declared by President Saleh covers almost the whole of northern Cyrenaica and Abdul Razzaq Al-Nazhurihas been appointed as military governor for the area.
The Presidency Council formed under the Libya Political Agreement and based in Tripoli issued a statement condemning the assault led by the BDB and their attack on the Man Made river project in Ajdabiya. The council termed the group as a “terrorist militia” composed of extremists who escaped from Benghazi, Sirte and Ajdabiya.
There are unconfirmed reports that the BDB has been forced out of the central Ajdabiya and have relocated to the south with troops from Tripoli joining them to boost their ranks. Defense Minister Mahdi Al-Barghathi of the Government of National Accord said Ansar al-Sharia fighters came together to form the BDB and promised support to any group that pledges allegiance to the UN-backed government and fighting terrorists.
The emergence of the BDB could further complicate the political transition in the country as the distrust increases between the GNA and the Tobruk-based government.