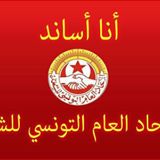 Tunisia: UGTT Draws Line in the Sand about Participation in Unity Government

The UGTT said in a statement that as a union it is not “its role to join any government.”

The UGTT decision was made after a board meeting discussed President Caid Essebsi’s call for the formation of a unity government including all the country’s forces.

Tunisia has been facing political, economic and instability since the 2011 revolution that ousted the former dictator Ben Ali.

President Essebsi argued, earlier this month in an interview, that to overcome current difficult situation the country needs a unity government to address security, corruption, unemployment challenges that have damaged the country’s economic and political situation.

The UGTT, though smashing the President’s hopes, reiterated its commitment to actively endorse the elaboration of profitable visions for the country but on a comprehensive basis and on a constructive and responsible dialogue.

The union bashed political parties claiming more portfolios in the coming unity government on the basis of results of the vote. The UGTT indicated that the claims contradict the president’s initiative to form a unity government and a mutual project.

The UGTT is part f of Tunisian Quartet which won the 2015 Peace Noble Price.