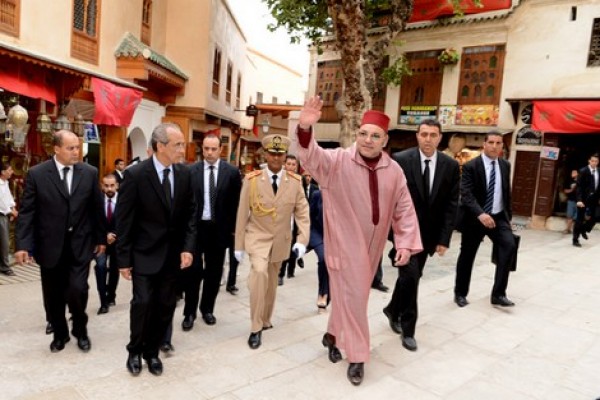 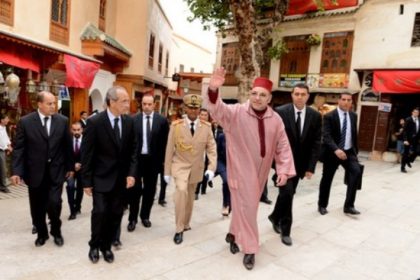 The rehabilitation program of the medina and 27 monuments and historic sites in the ancient city of Fez, founded by Idriss II in the 7th century, is almost over.

Under the program launched in 2013, twenty-six monuments and historical sites have already been renovated for a total amount of about $30 million (MAD285.50 Million.)

King Mohammed VI, who is keen on preserving the architectural style and characteristics of the medina of Fez, listed by the UNESCO in 1981 as World Heritage, visited on Wednesday a number of the refurbished sites and monuments.

Some of these sites and monuments are dating back to the tenth and eleventh centuries, like the Sebbaghine Souk and Terrafine Bridge, built during the Zenete era.

The Sovereign also toured several refurbished madrasas (schools) built under the Merinid Dynasty in the Thirteenth century, des foundouks (inns) and Dar Al Mouaqqit, a tower used to monitor the astronomical map that was built during the reign of Merinid Sultan Abu Inan. He equally visited Hammam bin Abbad, a public bath built in the Fourteenth century, the Khrachfiyine bridge, dating back to the Eleventh century, and the Sidi Bounafae and Boutouil fortresses, built under the Saadi Dynasty during the 16th century as well as leather tanneries, some dating back to the Ninth century.

The Fez medina rehabilitation program also deals with the refurbishment of some 4000 buildings that threaten to collapse and the restoration of the medina streets. The shops located along the circuits taken by visitors and tourists were fitted with traditional awnings, over 80 iron gates were replaced with cedar wood doors, and some 155 doors were renovated.

Besides beautifying the median of fez, all these rehabilitation works contribute to the preservation of Moroccan craft skills.