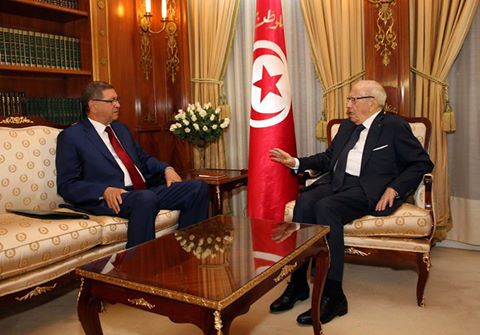 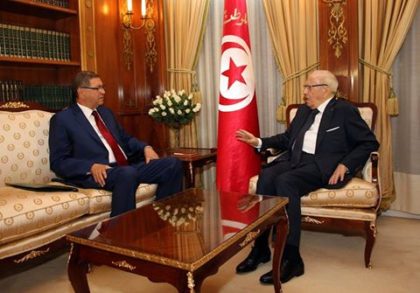 As Tunisia’s President Beji Caid Essebsi continues consultations about the formation of a unity government, the Tunisian Premier has excluded stepping down; explaining that replacing his cabinet at this critical time will be a “setback” to efforts achieved to face the country’s numerous challenges.

“The current stage requires keeping in place the cabinet that will be in charge of preparing municipal elections and the promotion of the five-year plan at a big conference,” Habid Essid said in an interview with “Al Arabya.”

Essid excluded stepping down and rejected the rumors about his possible replacement.

“My resignation will mean a power vacuum and will jeopardize the state authority,” he insisted.

He however conceded that he has been taken aback by President Caid Essebsi’s announcement about the formation of a unity government.

“The timing of this announcement surprised me given challenges encountered by the current cabinet.”

The Tunisian government is facing increasing security instability caused by terror threats that have clouded the North Africa country. Tunisia was hit last year by three major terrorist attacks; the worst in the history of the most secular Arab country.

Economic slowdown also dogged the country’s growth predictions. The economic hardship that followed the 2011 revolution nearly gave rise to a new revolution last year after several cities of the country where shaken by social riots dominated by young Tunisian asking for jobs.

President Essebsi in an interview earlier this month called for national unity to help Tunisia overcome its difficult situation but stopped short of indicating whether he would replace his Prime Minister.