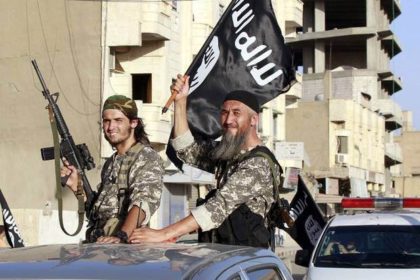 Libyan forces loyal to the UN backed Government of National Accord (GNA) made some significant progress on Wednesday in their battle to recapture the coastal city of Sirte from the militants of the Islamic State.

According to Brigadier General Mohammed Ghasri, they are only five kilometers away from the city center and Zafrana square, which is used by the extremist group as a public execution ground of those found guilty by its courts.

A bridge on which the group hangs the bodies of its victims is now under the control of the Libyan forces. Another official claimed that the forces are advancing and closing in on the extremist group’s headquarters in the Ouagadougou convention center and also towards the port.

However, Libya’s ambassador to the UN Ibrahim Dabbashi criticized the world body for using unrealistic and fictitious terms that only complicate the security situation on the ground. He said the armed groups being referred to as “forces controlled by the Government of National Accord” by special envoy Kobler operate outside the control of the state and have no binding commitment to disarm and join state institutions. He warned that Ansar al-Sharia could replace IS in Sirte after the ongoing offensive if adequate security plans are not in place.

The diplomats’ comments irked the president of the GNA allied State Council, Abdulrahman Sewehli, who requested that Prime Minister-designate Fayez Serraj sack Dabbashi because he is an insolent “employee.” Dabbashi has been sacked by the Thinni government twice, in January 2015 and April 2016, but continues to act as Libya’s Ambassador to the UN.

Since the 2011 uprising against Gadhafi’s regime, the situation in Libya degenerated into a rebellion before becoming a full-blown war with three different governments all claiming legitimacy together with their armed groups. The Islamic Group is aspiring to build an Islamic Caliphate.