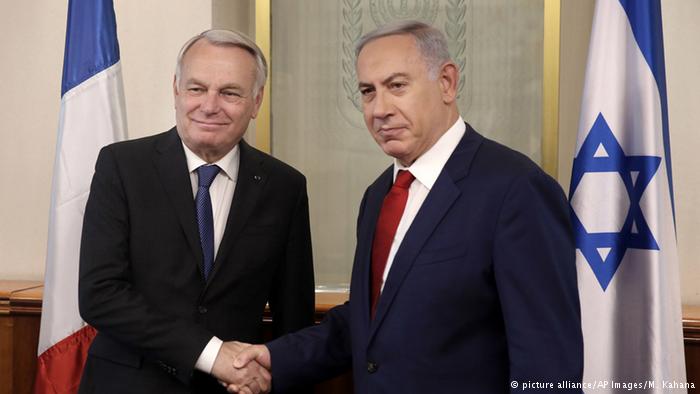 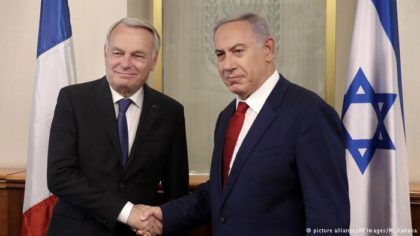 More than 25 foreign ministers mostly from Western and Arab countries are meeting in Paris to revive talks to end the Israeli-Palestinian conflict in the absence of the two conflicting parties. Netanyahu has been against the French approach and he stated ahead of the Paris conference that “the path to peace does not pass though international committees that are trying to coerce an agreement, radicalize Palestinian demands and in doing so, distance peace.”

The inclusion of Avigdor Liberman to the Israeli government as Defense Minister raised concerns as to peace prospects between the two neighbors but Netanyahu said “if the countries gathering this week in Paris really want to advance peace, they must join my call to [Palestinian Authority President Mahmoud Abbas] to enter into direct negotiations.”

Nabil Shaath, a senior aide to the Palestinian President, said Prime Minister Netanyahu “is trying to go around the French initiative to try to create a competing initiative.”

Talks between the two countries have been stalled for more than two years.

French foreign minister Jean-Marc Ayrault said the objective of the French-led peace conference is to reach a two state solution with “a state of Israel that lives in absolute security and a state of Palestine.” The minister visited the two sides last month and acknowledged ahead of the opening of the conference that the perspective of reaching a solution “gets dimmer every day.”

Dore Gold, the director-general of Israel’s foreign ministry, equaled the Paris conference to the 1916 Sykes-Picot agreement by trying to “dictate a new order in the Middle East” again which he will follow the failure path of the century old agreement.

The more than 50-year old conflict has led to a situation of status-quo with Israel continuing to ignore UN resolutions by maintaining its occupation of Palestinian territories and constructing settlements on these territories.