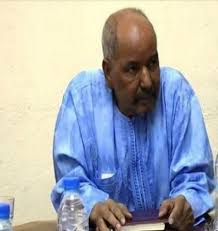 The passing away on Tuesday of the long-serving Polisario Leader, Mohamed Abdelaziz, who sat for 40 years at the helm of the Algeria-backed separatist front, is unlikely to end the senseless Sahara standoff because the deceased was not a decision maker in the Sahara issue but a mere underling that executed the orders of his Algerian mentors.
Immediately after the announcement of Abdelaziz’s death, Algeria decreed an 8-day mourning period in memory of the man who showed an unwavering loyalty to Algeria and who stuck to the letter of the Sahara-related strategy drawn by Algerian rulers.
Meanwhile, Morocco considers the death of Mohamed Abdelaziz a non-event from a political point of view and assures that his death “does not impact the Moroccan Sahara issue.”
As put by a Moroccan official source, “The deceased, like the separatist movement he was heading, was a mere extra and not the real actor in the issue, which was and remains managed from elsewhere,” said the source, alluding to Algiers and its rulers.
Many analysts share Morocco’s standpoint, as they know that it is Algeria, which pulls the strings of the Polisario. So, as it has maintained Abdelaziz at the head of the separatist front for 40 years in view of his docility, obedience and faithfulness, it will choose a successor cast in the same mold.
“Morocco took note of the passing away of Mohamed Abdelaziz. As in any other death, it is regrettable mainly for the family and the relatives,” said the same source.
Mohamed Abdelaziz, who died at 69 after he battled lung cancer for years, was born in 1947 in Marrakech, Morocco. His father, a retired soldier of the Moroccan army, still lives in Morocco, in the city of Beni Mellal, 190 km from Marrakech, with the rest of his family members.
Two of Abdelaziz’s brothers, an attorney and a surgeon, live in Casablanca and Laayoune respectively.
But Mohamed Abdelaziz, in the height of the cold war in the 70s, chose to join the Polisario front that was created, financed and armed by Algeria’s President Houari Boumedienne and Libya’s Colonel Gaddafi.
When he was placed at the head of the separatist Front, Mohamed Abdelaziz closely followed the instructions of the Algerian military intelligence services and run the Tindouf camps with an iron fist, cracking down on all Sahrawi opponents.
He did nothing to improve the living conditions of the populations still living in Tindouf in dire poverty and which are denied freedom of movement and expression. On the contrary, he participated, along his cronies, in the diversion of humanitarian aid destined for the camps populations and could thus afford a luxury life.
He neither did anything to help settle the Sahara issue or to force Algerian rulers to change their position and accept to sit to the negotiation table to find a way out to the standstill that is so costly for all the countries of the region.
Yet, whatever he did against his native country, he ultimately asked to be buried in Moroccan land, probably because he felt, when his end was nearing, nostalgia for his homeland, for his parents and for his siblings.
Will his successor avoid the same mistakes and seize the opportunity for change? He could, if the Polisario was not a proxy army of the Algerian military oligarchy, used to hassle their neighbor, Morocco.