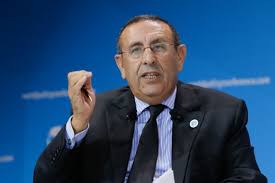 Morocco’s multi-dimensional approach in the fight against terrorism has enabled the country to preserve its stability in an unstable region, where geopolitical landmarks are blurred.

The statement was made by Youssef Amrani, chargé de mission at the royal office, in Doha on Tuesday, before the ongoing Enriching the Middle-East’s Economic Future Conference.

Amrani, who recalled that the Moroccan approach in the fight against terrorism encompasses not only the security aspect but also the socio-economic and religious dimensions, pointed out that “addressing the terrorist threat from the security point of view only is an insufficient response.”

“Peace, stability and long-term security cannot be separated from the fundamental triptych: security, inclusive human development and promotion of cultural and religious values,” he said.

The Moroccan official explained further that the complementarity between these three fundamentals, alongside the endogenous political reforms initiated by King Mohammed VI, has allowed Morocco to preserve its stability and cohesion and to strengthen its multifaceted development, while remaining attached to its own system of reference.

Amrani stressed, in this regard, that beyond the security aspect, Morocco’s approach in the fight against terrorism and violent radicalism ”takes on a global dimension, in that it relies on leading initiatives, such as the consolidation of democracy, restructuring of the religious field, decommissioning of violent extremist speeches, and the training of imams.

Besides, Morocco promotes the Islam of the middle path that advocates the values of tolerance and moderation in line with the authentic teachings of the Maliki rite, he said.

“This relevant and realistic approach has been recognized internationally and has made of Morocco a reference and a key regional player in the fight against extremism and violent radicalism,” Amrani said.

He added that the so many security threats endangering the countries in the region and beyond, “show that no state or multilateral actor, however powerful it might be, can impose solutions to the emerging challenges and ongoing complex conflicts in the region.”

“Only enhanced regional integration and active regional cooperation at all levels are able to find common responses to contain the expansion of transnational terrorism,” he argued.

Touching on Morocco’s geostrategic choices, Amrani pointed out that these choices enabled the country to develop strategic partnerships, through innovative instruments. He mentioned in this regard the strategic partnership sealed between Morocco and the Gulf Cooperation Council, mustering Bahrain, Kuwait, Qatar, Oman, Saudi Arabia, and the United Arab Emirates. This partnership is an example of a strong political and geostrategic alliance that is able to weather the economic uncertainties facing the region, he insisted, underlining Morocco’s commitment to carry on its steady democratic march.

He went on saying “the North African country succeeded to forge its own model, based on four basic guidelines, namely a clear vision for the future of the nation, sustained stability of its institutions, effective transformations through major structural projects and an unwavering international confidence, nurtured by the national consensus around the country’s fundamental choice.”

All these assets have enabled Morocco stand up as a pole of sustainable stability, he said.